Mumbai: Shiv Sena leader Sanjay Raut on Monday accused BJP leader Kirit Somaiya and his son Neil of absconding after being booked for allegedly siphoning off Rs 57 crore on the pretext of crowd-funding in 2013-14 to preserve India’s first aircraft carrier INS Vikrant. The Sena MP claimed that the duo may escape from the country and hence, a lookout notice should be issued against them.

Talking to reporters here, Raut also claimed that the father-son duo was outside Mumbai and Maharashtra and engaged in a "setting" to ensure they get anticipatory bail in the matter.

"Kirit Somaiya is absconding with his son. By putting pressure on the judiciary, these thugs are trying to get away. Even if a forged document is created to mislead the court, the truth will prevail", Raut tweeted.

"For now the question is, where are these two thugs? Did they run away like Mehul Choksi?", he added.

"I am warning the Raj Bhavan, it will lose its leftover prestige if it does something wrong. It should not get involved in the anti-national activity. They (the gang) are trying hard. The Mumbai police will soon nab the guilty from where they are," he added.

Meanwhile, Mumbai Sessions Court on Monday reserved it's order for the anticipatory bail pleas filed by the father-son duo in cheating case.

The father-son dup has already applied for anticipatory bail and the hearing was kept on Monday.

On Wednesday last week, former army personnel, Baban Bhosale, had approached the police and registered a complaint, acting on which a First Information Report (FIR) was registered at Trombay police station. Kirit Somaiya and his son have been booked under relevant sections of the Indian Penal Code for criminal breach of trust (406) and cheating (420) and common intention (34).

After the Enforcement Directorate (ED) took action against Shiv Sena Leader Sanjay Raut in the money laundering case, Raut on Wednesday accused the BJP MP Somaiya of financial bungling, alleging that he had collected around Rs 57 crore from the people as part of a campaign to save the INS Vikrant, the fund wasn’t submitted to the state exchequer. 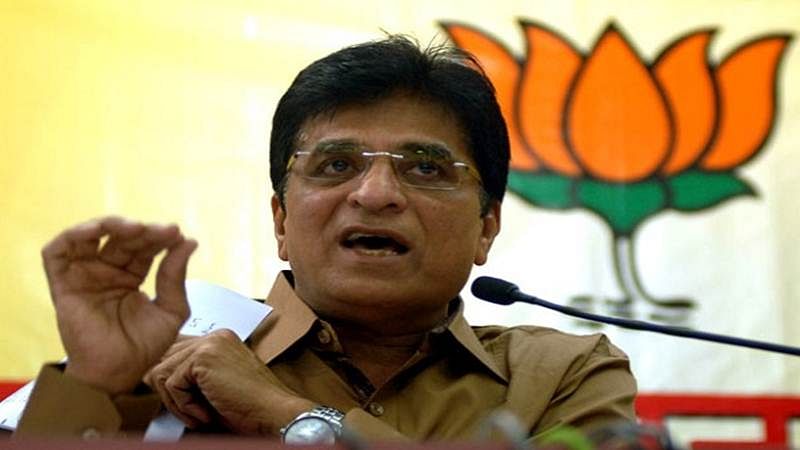 Mumbai: Case against Kirit Somaiya and his son transferred to EOW