Maharashtra chief minister Uddhav Thackeray on Saturday said that he has ordered a speedy investigation in the Sakinaka rape case and the victim will get justice.

As per the statement released by CMO, Uddhav Thackeray said, "The incidence of the death Sakinaka rape victim is a disgrace to humanity and the perpetrator will be punished. In this regard, I have also spoken to the Home Minister of the state."

The Chief Minister has taken complete information about the incident and has also spoken to the Commissioner of Police.

CM also said that the case would be taken on the fast track and the victim would get justice. He also directed the police to expedite the investigation.

The court has sent the accused to Police custody till 21st September.

Meanwhile, the BJP in Maharashtra on Saturday sought capital punishment for the accused involved in Mumbai's Sakinaka rape and assault case and also hit out at the Shiv Sena-led Maha Vikas Aghadi (MVA) government over the issue of women's safety.

A 34-year-old woman was allegedly raped inside a stationary tempo parked by the roadside in Sakinaka early on Friday. The accused, a 45-year-old man, who has been arrested, had also assaulted the victim in her private parts with an iron rod. The woman died at the civic-run Rajawadi Hospital here in the early hours of Saturday, police said.

Leader of Opposition in the state Legislative Assembly, Devendra Fadnavis, said, "The Sakinaka woman rape case should be tried in a fast-track court so that the accused gets punishment at the earliest. Maharashtra Chief Minister (Uddhav Thackeray) should meet the Chief Justice of the Bombay High Court and request him to hold the trial in the case in a fast-track court." "I know that awarding a sentence is in the hands of the judiciary. But I feel the culprit in the Sakinaka rape should be hanged to death," he said.

The Sakinaka incident was an unfortunate reminder of the Delhi rape case, he said, adding that attacks on women was a matter of concern.

Fadnavis was referring to the 2012 case in which a young woman - later referred to as 'Nirbhaya' - was brutally gang-raped and assaulted inside a moving bus in Delhi.

Asked about the proposed Shakti Act, he said, "Existing laws are sufficient to take tough actions against the culprits. It is the will power of the state to take tough decisions and follow it up till the logical end." Talking to reporters, Leader of Opposition in the state Legislative Council, Pravin Darekar, blamed the state government for the incident.

"The onus of this incident is entirely on the state government because there is no respect left for the law (for criminals). It is horrible to know the kind of pain that she had to go through. I am deeply anguished by her death...I can not describe my feelings in words. It is not only shameful, but it has made me angry. The state needs to take some action," he said.

"If BJP says anything on this, then it might be alleged that we are politicising the issue of crimes against women, but the number of such incidents are self-explanatory. Several such incidents have occurred in different parts of Maharashtra, wherein women were assaulted. In a couple of incidents, minor girls were raped, but the state government does not seem to be serious about it," he said.

Darekar said, "When I reached Rajawadi Hospital (where the Sakinaka rape victim was admitted) to see the situation, I spotted Congress leader Naseem Khan there with his party workers. I was shocked to see Congress workers raising slogans against Prime Minister Narendra Modi in the premises of the hospital." The BJP is being accused of politicising the incident, but it is the Congress indulging in such practice, he alleged.

State BJP vice-president Chitra Wagh called for formulation of a new act on the lines of SC/ST Atrocities Act so that the culprits involved in atrocities against women do not get bail easily.

"There are experts, lawyers and state judiciary department who need to come up with better measures that would work as deterrents," she said.

She also asked Maharashtra Women and Child Development Minister Yashomati Thakur why she has not appointed anyone on the post of the chairperson of the state women's commission for over a year.

"I am told that the file to appoint chairperson on State Women's commission has been sent back eight times by chief minister and deputy chief minister. How is this government going to defend it?" she asked.

Wagh said Thakur was now pointing fingers at similar assaults on women that had occurred in the past.

"But Thakur should not forget that she is a cabinet minister. She cannot escape from our questions on women's safety. She should tell us the reasons behind not appointing a chairman on the state women's commission. Why so much delay, when the commission's primary duty is to address women's issues," she said.

It appears that the Sakinata rape case is just a number for the MVA government, Wagh alleged.

Meanwhile, talking to reporters, Mumbai Mayor Kishori Pednekar, a Shiv Sena leader, said, "I cannot imagine why some men act so cruelly. I have been told that the police are gathering all the details of the incident and collecting evidence. It will take some time, but the truth will come out." 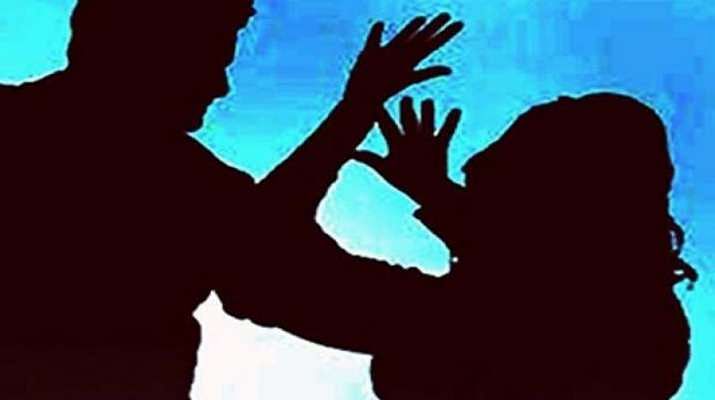