The fingerprint was supplemented by a lot of other evidence, including Closed Circuit Television (CCTV) camera footage which showed him leaving the spot after the offence.

A single fingerprint found on the tailgate of a tempo turned out to be the clinching piece of evidence in the case. A team from the Mumbai Fingerprints Bureau was called to conduct a sweep of the vehicle. It went over every inch till it finally found one fingerprint.

Pinspector Vijay Bhilare of the fingerprints bureau said the print tied Chauhan to the crime “beyond any doubt”. He said, “If we had found blood or DNA sample, the accused could have claimed that it had been planted. A fingerprint is the only evidence that could have confirmed his presence at the scene of the crime. It also proved that he was in the immediate vicinity of the victim when she was assaulted, making it an irrefutable piece of evidence.”

The fingerprint was supplemented by a lot of other evidence, including CCTV camera footage, which showed him leaving the spot after the offence.

Assistant commissioner of police Jyotsna Rasam said footage of several cameras was scanned during the investigation and stills were obtained to capture his face. “Using these, we made inquiries among our informants and identified him, after which he was arrested,” she said.

The then Mumbai Commissioner of Police had set up a Special Investigation Team (SIT) to probe the case, headed by Rasam. The SIT arrested Chauhan within 24 hours of the crime being reported to the police, and went on to file a 346-page chargesheet against Chauhan. The chargesheet included statements from 77 witnesses, along with medical, forensic and technical evidence.

The police, in their chargesheet, had stated that Chauhan and the victim were known to each other, and that he was pressuring her to marry him. However, she consistently refused and ultimately stopped taking his calls, which infuriated him. On the day of the offence, he spotted her walking on the Khairani Road and accosted her, after which he committed the crime. 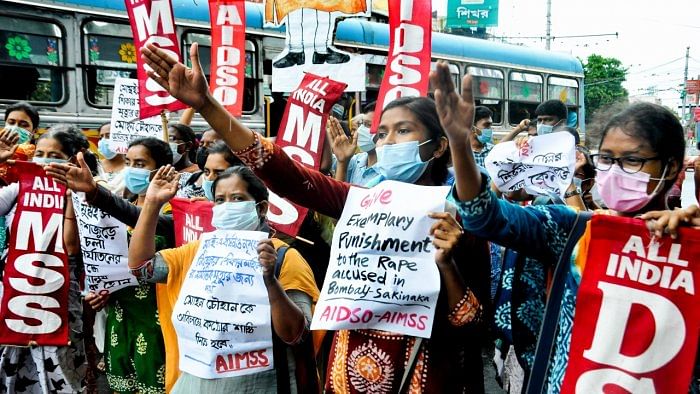