MVA is not just in our name, we are implementing it on the ground

A day after his pat on the back on the Home Minister Dilip Wasle-Patil for doing a great job while denying that he is upset with the latter’s performance, the Chief Minister Uddhav Thackeray on Saturday lashed out at the erstwhile ally BJP without naming it for allegedly conspiring to defame Maharashtra. Thackeray was speaking on the occasion of Bhumi Pujan ceremony of GST Bhavan building at Wadala on the occasion of Gudi Padwa today.

‘’An atmosphere is being created that there are rumors circulating somewhere in the government. But they are not true. We have named this government as Maha Vikas Aghadi (MVA),’’ said Thackeray adding that, ‘’MVA is not just in our name, we are implementing it on the ground." Thackeray virtually attended the function and spoke on the occasion. The CM's statement came after he set at rest rumours of a widening rift among MVA colleagues.

"There are some people who want to create bitterness in us, I would like to say that if not for Maharashtra's contribution, the country's economy would be hit significantly," the CM added.

Thackeray said the GST department is the backbone of the state adding that Maharashtra, which contributes the most to the country's gross domestic product, is the mainstay of the country's economy. He noted that the GST Bhavan will be completed by 2025.

The Deputy Chief Minister and Minister Ajit Pawar, who holds finance and planning portfolios, said Maharashtra accounts for 14.70 per cent of the country's total GST collection. ‘’Efforts are being made to strengthen the economy of the state and while promoting industry, trade and business sectors in the state. It seeks to balance taxation and increase tax revenue. The state economy is set to achieve the $1 trillion mark,’’ he added. 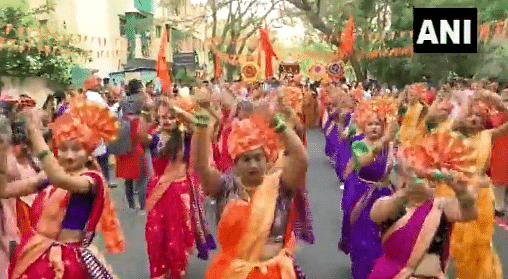