In the incident, a woman from Kolhapur, who was allegedly promised Rs 15 lakh, fraudulently posed as the wife of a man who needed a transplant and donated her kidney to a young woman patient.

Police have registered a case against 15 persons, including the managing trustee of the Ruby Hall Clinic, a leading private hospital in the city, and some of its employees in connection with an alleged malpractice during a kidney transplant procedure in March this year, an official said on Thursday.

The offence was registered at Koregaon Park police station late on Wednesday evening based on a complaint lodged by the Maharashtra government's health department, he said.

"We have registered the case against 15 persons, including the Ruby Hall Clinic's managing trustee Parvez Grant and the staffers of the hospital. They also include the woman who donated her kidney, the recipient man and his wife," he said.

Such a swap involving two patients and their relatives is carried out when the patients cannot receive a kidney from their own kin because of a blood group mismatch.

On March 29, four days after undergoing the transplant surgery at the Ruby Hall Clinic, the woman had revealed her real identity after she had had a dispute over money.

The hospital had then alerted the police, which in turn reported the incident to the health department.

The department had later suspended the hospital's registration for organ transplantation, however, the Bombay High Court had stayed that order. 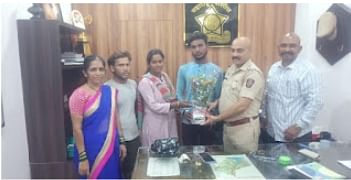