Mumbai: Congress party candidate Pradnya Satav, wife of former party Rajya Sabha member late Rajeev Satav, on Tuesday filed her nominations for the by-election to the Maharashtra Legislative Council. The by-poll is slated for November 29. The by-election was necessitated following the death of a sitting member, Sharad Ranpise.

BJP has fielded Sanjay Kenekar who filed his nominations on Monday.

However, Patole said the party will urge the Opposition for an unopposed election as it is taking place in the wake of the sad demise of the sitting legislator. ‘’It has been the state’s tradition. We will call upon the BJP for an unopposed election. Congress had made a similar request at the time of Rajya Sabha by-poll which was necessitated after the death of Rajeev Satav. BJP responded positively and Congress candidate Rajani Patil got elected unopposed,’’ he noted. 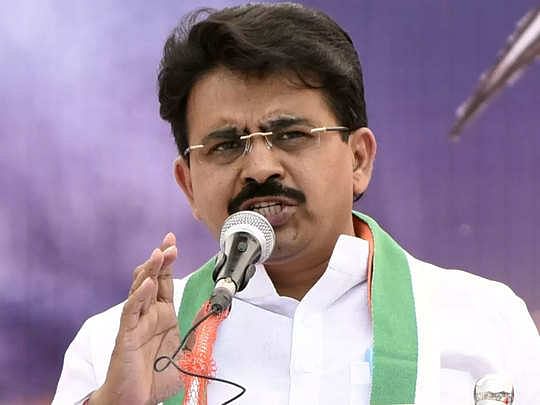