The man who changed the face of the elections was not any young upcoming leader, but a septuagenarian -- the veteran Nationalist Congress Party (NCP) chief, Sharad Pawar, who came, saw and conquered.
Neeta Kolhatkar 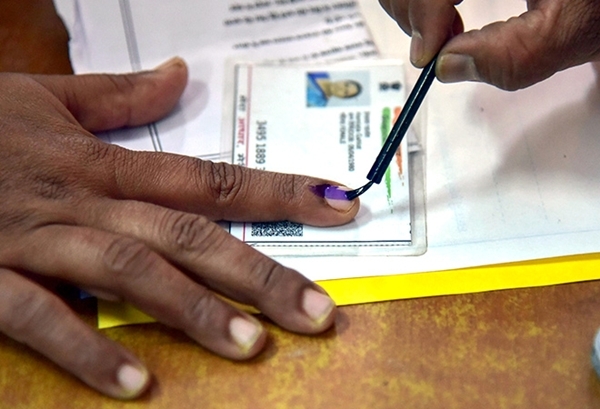 Voters in Maharashtra have rejected emotional campaigning, rooting for those who focused on local issues. Had the opposition paid heed to the anti-incumbency factor, it could have reaped richer dividends. Rural voters have shown leaders their issues are paramount and those ignoring their distress can do so at their own peril.

The man who changed the face of the elections was not any young upcoming leader, but a septuagenarian -- the veteran Nationalist Congress Party (NCP) chief, Sharad Pawar, who came, saw and conquered.

He singlehandedly took on the ruling BJP and the Shiv Sena for their failures on local issues. His clarion call, ‘Me Yetoy (I'm on my way)’ proved, as they say in Marathi, ‘lai bhaari (oh great)', as the NCP improved its tally from 40 in 2014 to 53, at the time of going to press.

The last rally Pawar addressed in Satara, proved the clincher. Thousands sat in their chairs, heedless of the sheeting rain and continued to listen. Acknowledging their spirit, Pawar stood there and continued to speak, also unperturbed by the downpour.

The video and photographs of this event sealed the fate of party-hopper Udayanraje Bhosale, the BJP-Sena candidate, and turned the tide for the NCP. Overnight, real voters from across Maharashtra had Pawar as their display picture on social media sites.

The campaign in the rain elicited a storm of support from Maratha voters, who showed Chief Minister Devendra Fadnavis that co-opting a few Maratha leaders does not make the BJP a Maratha party. The results in Maharashtra should actually make the two national parties sit up and do some intense atma-chintan (introspection).

First, the ruling BJP and the Congress central leadership. The BJP leadership failed to address its follies -- the agrarian crisis, farmers’ suicides, the economic crisis, job losses and the impact of development and infrastructure on landowners.

The BJP central leadership, instead, harped on national issues, which the Maharashtra voters rejected, more strongly in rural areas.

People have said ‘no’ to the BJP's harping on Article 370 and the strong language used by PM Narendra Modi, who said ‘Doob Maro (Go drown)’ to all those who said abrogation of Article 370 was not an important state election issue.

People felt, it was wrong on the part of the PM to use such strong language, when his party had failed to solve major issues in the state.  As for the Congress central leadership, it seems to have completely ignored the undercurrent of anti-incumbency, and instead, resigned itself to loss.

It had won 42 seats in 2014 and this time, without any effort, has gained three seats. In fact, some of the losses have been close, just a few hundred votes as in the case of Naseem Khan.

The mindset of the central leadership, to give tickets to their loyalists, has come to bite it, yet again. Right from the time of ticket distribution, the Congress central leadership ignored workers’ demands, like in Chandrapur, where workers had demanded a ticket for Kishore Jorgevar but Mukul Wasnik picked Mahesh Mende instead.

He barely got 1,000 votes, while Jorgevar contested as an Independent and won.Moreover, the Congress central leadership refused to fund even its strong leaders in the state for their campaigns, leaving the candidates to their fate.

Like Pawar of the NCP, Rahul Gandhi, the former party president reminded the BJP to focus on mirco issues, like Make in Dharavi, instead of Make in India.