The intensity of the blast was such that the roof of the plant got ripped off.

Palghar: At least three workers were killed and 12 others injured in a blast at a chemical factory located at Tarapur MIDC in Boisar town of Maharashtra's Palghar district on Wednesday, officials said.

The incident occurred at 4.20 pm at the unit that produces gamma acid used in the textile industry, they said.

The intensity of the blast was such that the roof of the plant got ripped off, the officials said.

"Due to the explosion in the reactor vessel at the chemical factory, three workers died and 12 others suffered injuries. While the bodies of the victims were sent to a government hospital for post-mortem, the injured were admitted to a nearby hospital," Palghar police spokesperson Sachin Navadkar said.

On being alerted, personnel from the Boisar police station and local fire brigade rushed to the spot, he said.

The blast occurred due to pressure in the reactor vessel

A total of 18 employees were working at the factory when the blast occurred, senior inspector of Boisar police station Pradeep Kasbe said.

In the preliminary probe, plant in-charge confirmed that the blast occurred due to the pressure in the reactor vessel, he said.

"The plant manufactures gamma acid that is used in the textile industry. The reactor vessel exploded when the process was underway to mix sodium sulphate with ammonia," he said.

The police will seek technical support from the officials of the Directorate of Industrial Safety and Health to probe the incident, he said. 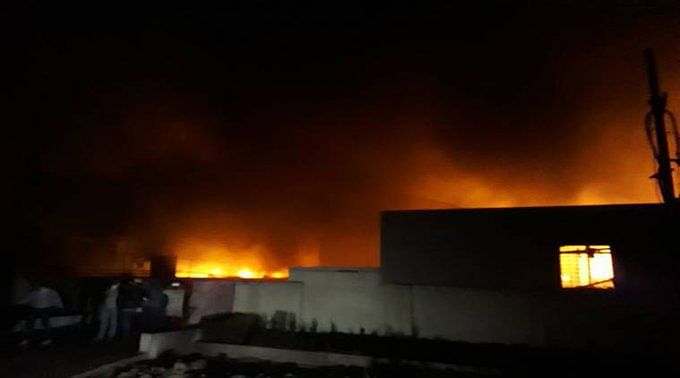