NSE phone tapping case: 'Have nothing to do with Sanjay Pandey or his dealings', says scribe upon CBI questioning

On July 05, Pandey had appeared before the ED in Delhi for enquiries in another money laundering case linked to the alleged National Stock Exchange (NSE) co-location scam.

In a media statement issued on Sunday night, Sucheta Dala said, "I was called to New Delhi to record my statement on the co-location scam on July 16 because I was the person who had broken the story in June 2015. The co-location scam is being investigated by the CBI. I was asked if I knew Sanjay Pandey, former Commissioner of Mumbai Police, whose firm, iSec Services Pvt Ltd is under the scanner. I answered that I did indeed know Sanjay Pandey since about 1994-95 when my junior at the Times of India used to report extensively on the cobbler scam for the Business Times section and I was the Financial editor. I have indeed known Mr Pandey since then, as have most journalists in Mumbai.”

"I categorically stated that I have nothing to do with Mr Pandey and his business deals, specifically his dealings with NSE under the management of Ravi Narain and Chitra Ramkrishna, under whom the colocation scam happened. I was also asked if I knew Mr Ravi Narain, former Managing Director of the NSE. I responded that I knew him from the time NSE was started (which is around 1992) since I have been reporting extensively on the capital market for 35 years. As a financial journalist covering the capital market is basic to my job to know heads of all stock exchanges,” she further said.

"I was asked if I had introduced Mr Pandey to Mr Narain. I told them I have no such recollection. I believe that Mr Narain has made this allegation. I said that I did not see why NSE or Ravi Narain would need a recommendation from me when the Securities and Exchange Board of India (SEBI) had asked Mr Pandey to investigate the National Securities Depository Ltd (NSDL) in 2005. NSDL is a subsidiary of NSE. Later, NSE itself had asked him to be part of an investigation committee with regard to a trading glitch,” Dalal further added in her statement.

The case was registered on a reference from the Ministry of Home Affairs (MHA) in connection with the alleged illegal interception of telephones of NSE employees carried out by its top management in collusion with the said private company founded by retired IPS officer Sanjay Pandey, between 2009-2017.

It was also alleged that top officials of NSE issued Agreement/Work Orders in favour of said private company and illegally intercepted the phone calls of its employees by installing machine/s, in contravention of provisions under the Indian Telegraph Act.

"No permission for this activity was taken from the Competent Authority as provided Under section 5 of the Indian Telegraph Act. No consent of the employees of NSE was also taken in this matter. Searches are being conducted on Friday at 18 premises of the accused including at Mumbai, Pune, Kota, Lucknow & Delhi/NCR etc," the CBI had claimed.

Later Sanjay Pandey was enquired by the CBI and the agency had also taken into possession of 25 desktops and other electronic devices from the Jogeshwari office of M/s iSEC Services Pvt. Ltd. On July 14, the ED, who had also registered a money laundering probe related to the illegal phone tapping case of CBI, had arrested Ramakrishna in the said case.

On July 05, Pandey had appeared before the ED in Delhi for enquiries in another money laundering case linked to the alleged National Stock Exchange (NSE) co-location scam. 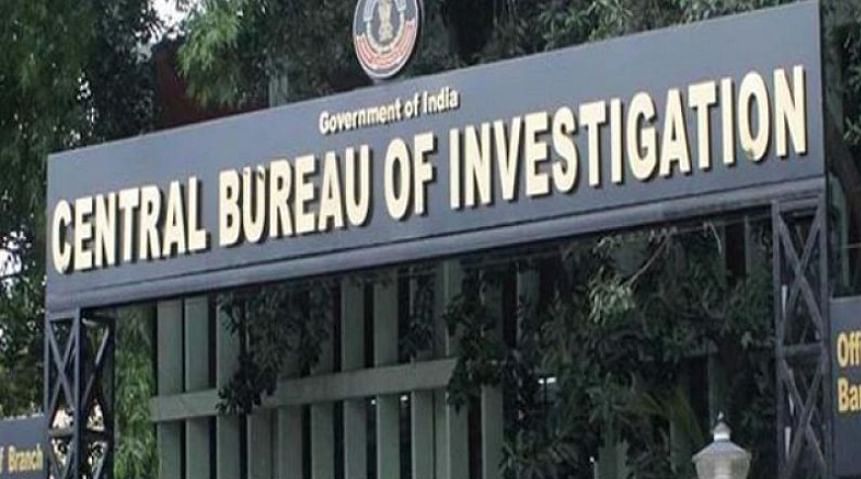 HomeMumbaiNSE phone tapping case: 'Have nothing to do with Sanjay Pandey or his dealings', says scribe upon CBI questioning