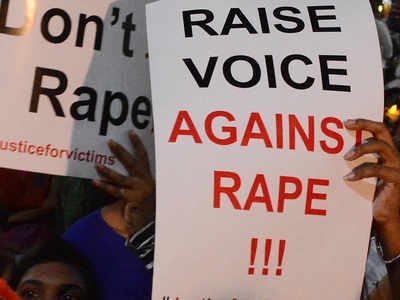 Mumbai, once deemed the safest city in the country for women, now stands an ignominious second to the national capital when it comes to crimes against women, with 4,583 incidents reported last year, reveals recent data published by the National Crime Records Bureau. The nation’s financial capital topped the list for most cases of insulting the modesty of women in 2020, with 455 cases. Similarly, there were 769 cases of kidnappings and abductions recorded in the city, the second highest in the metropolitan cities.

This is the fourth year in a row that Mumbai has ranked second for crimes against women as compared to 19 other metros in the country (with more than 2 million population). In terms of the highest rate of crime against women, the city ranks ninth, according to the data.

Even though crimes against women in Mumbai have declined by 30 per cent chiefly because of the pandemic-induced lockdown, when compared to the corresponding figures for the last two years, the numbers still put the city in the second spot among other metros.

The figures published by the NCRB show that Mumbai ranked third in terms of rape cases registered in metropolitan cities, recording 322 cases of rape in 2020, with Delhi and Jaipur holding the first and second places with 967 and 409 cases respectively. There were two cases of murder with rape/gang rape recorded in Mumbai last year, 12 incidents of dowry deaths, 39 cases of abetment to suicide of women and a whopping 501 incidents of women being subjected to cruelty by their husbands. Mumbai also ranks second in kidnapping and abduction of women after Delhi, at 769 cases, as well as in the cases recorded for outraging the modesty of women with 1,507 incidents in 2020. A step closer to women's safety: 90 Mumbai Police stations to get Nirbhaya Squads

Deputy Commissioner of Police (Operations) and Mumbai Police spokesperson Chaitanya S said, Mumbai being one of the safest cities for women in the country, police have been sensitive to women-related issues. “With the induction of new Nirbhaya squads in the police force, the cases are registered right away, without much ado. We will strive to protect each one to the fullest,” he avowed.

Mumbai ranks first in terms of cases registered pertaining to insulting the modesty of the woman, with 455 cases recorded last year, followed by Delhi with 405 cases for the same offence. The city also recorded 37 cases of immoral trafficking of women in 2020, five being rescued amid the action initiated under Prevention of Immoral Trafficking Act (PITA), of which two were for prostitution.

The data states that the financial capital ranked fourth in terms of cybercrimes against women recorded last year at 17, with 29 victims being targeted for publishing/transmitting sexually explicit material or blackmailing, morphing and defamation.