In yet another expose to substantiate his claim that NCB zonal director Sameer Wankhede belongs to the Muslim community, the NCP Chief Spokesman on Monday released Wankhede’s photo of his first marriage. The picture was captioned: "Photograph of Sameer Dawood Wankhede signing his Nikah Nama". The nikah nama is a written document that two Muslim partners entering into a civil union must sign in order to legalise their marriage. Malik in a tweet wrote, “Qubool Hai, Qubool Hai, Qubool Hai. What did you do Sameer Dawood Wankhede?”

Interestingly, Malik’s daughters Nilofer and Sana also targeted Wankhede over the signing of his nikah nama.

The NCP leader had earlier posted a picture of the ‘Nikahnama’ and shared a photograph tweeting, “Photo of sweet couple Sameer Dawood Wankhede and Dr Shabana Qureshi”.

Malik had said that the ‘nikahnama’ of Wankhede and his ex-wife Dr Shabana Qureshi, took place on December 7, 2006, at 8pm, in Lokhandwala Complex in Andheri West, Mumbai.

Malik said if the documents pertaining to Wankhede’s birth certificate and the ‘nikahnama’ which he had released turned out to be incorrect, he would quit politics.

Hours after Malik tweeted, Wankhede's family responds by releasing pictures of the IRS officer 'performing puja'. It suggests that the family has always lived in a multi-cultural environment. Among the several pictures made public is a picture of Wankhede's father – Dnyandev Wankhede participating in a religious ceremony as per Hindu customs. 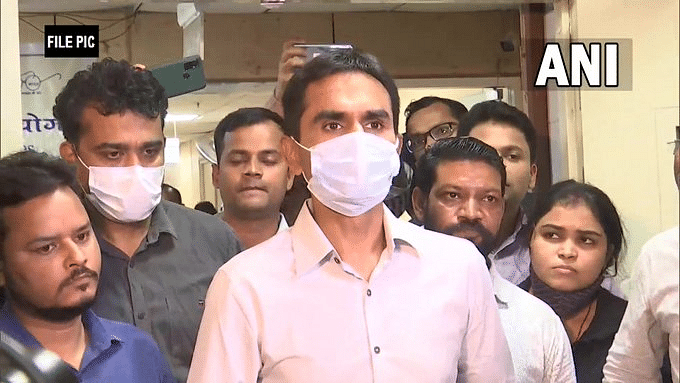