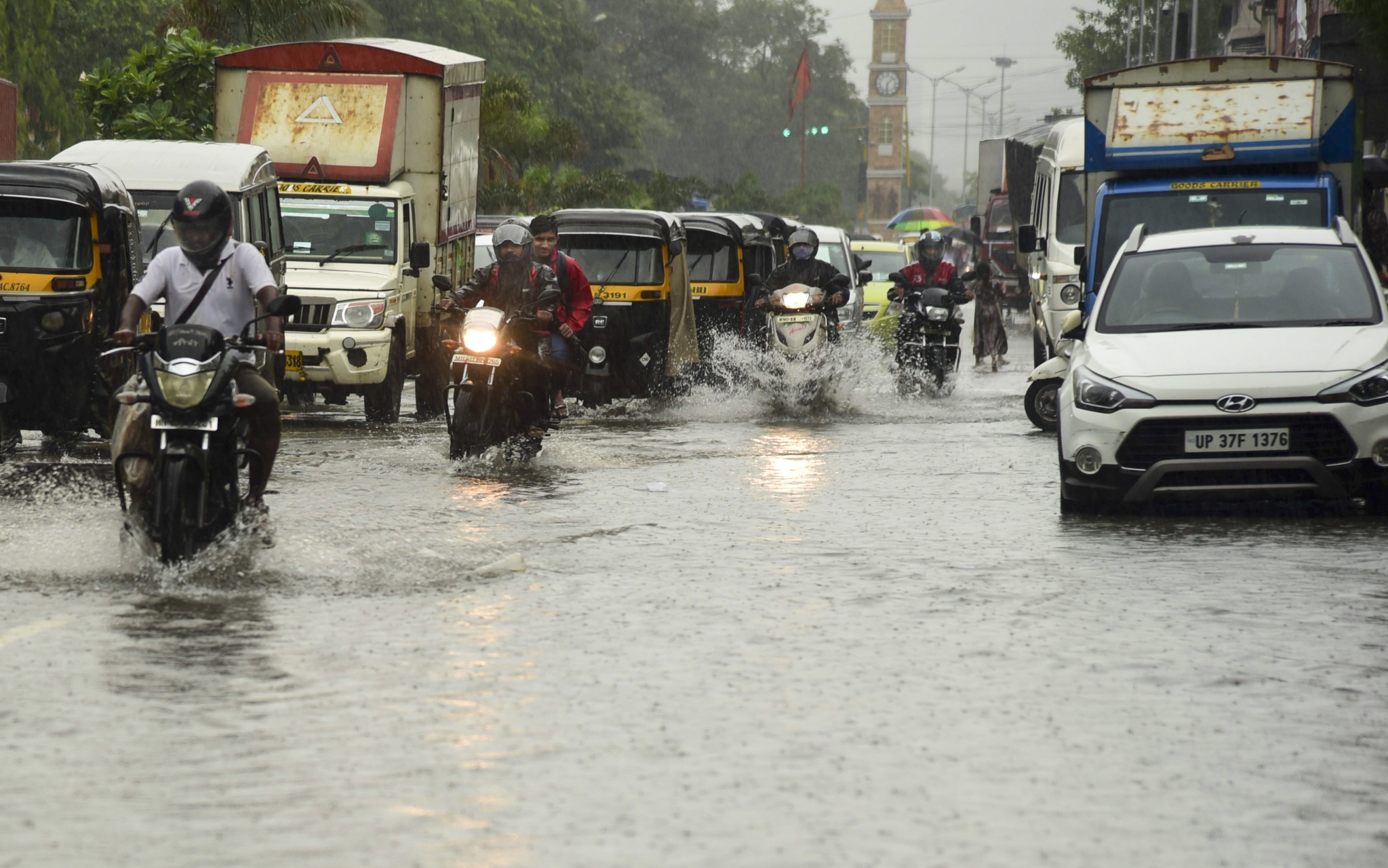 As various parts of Maharashtra are receiving rainfall, the India Meteorological Department (IMD) on Wednesday has issued an 'Orange' alert in Mumbai, Palghar, and Thane districts for the next four days.

Meanwhile, the first rains of this year's monsoon season in Mumbai caused water-logging in various parts of the city, prompting the traffic police to shut four subways and forcing motorists to abandon their vehicles on roads.

The heavy downpour also disrupted local train services, which are running only for personnel engaged in health and other essential services, and are out of bound for general commuters in view of the COVID-19 pandemic.

Meanwhile, owing to the predictions of heavy rainfall by the IMD, Director General of National Disaster Response Force (NDRF) Satya Pradhan on Thursday said that 15 teams have been deployed in Maharashtra on the request of the state government. There are two NDRF teams in Mumbai, one in Kurla, four in Ratnagiri, two in Sindhudurg, two in Palghar, two in Raigad, and two in Thane district.