The deceased were identified as Raj Sagar Jana, 16, and Rajesh Saha, 24, and the injured as Shwan Hameed Mulla, 21. All are residents of Sanpada.

Two persons were killed and one seriously injured after the motorbike in which they were riding hit the divider on Sunday night on Palm Beach Road in Nerul. The injured person has been admitted to the NMMC Hospital in Vashi and he is currently unconscious.

The police termed the reason for the accident as overspeeding.

The deceased were identified as Raj Sagar Jana, 16, and Rajesh Saha, 24, and the injured as Shwan Hameed Mulla, 21. All are residents of Sanpada.

As per the police, all three were returning from Belapur to Sanpada. However, when they were crossing the Sarsole traffic signal along the Palm Beach road under the Nerul police station jurisdiction, met with an accident.

While Jana was declared dead on arrival at the hospital around 12.20 am on September 5, Shah died while recuperating. Kishore Khadke, a police sub-inspector who is also the investigating officer said that it is not clear who was driving the motorbike as two of them have died and the third one is in an unconscious state.

“Once Mulla regains consciousness, we will get to know what exactly happened,” said Khadke. He added that Mulla is the owner of the motorbike.

According to police, the motorbike was being driven at a very high speed and at around 11 pm they lost control over the vehicle leading to the accident. “All three were thrown away. Soon after beat marshals reached the spot and sent they were taken to the NMMC Hospital in Vashi,” said an on-duty police official at the Nerul police station. Police said that there was blood strain on a tree and which showed that they might hit the trees.

Meanwhile, a case of negligence causing death has been registered against the driver of the motorbike under sections 279, 304A, 337, 338, and 427 of IPC and section 184 of the Motor Vehicle Act. 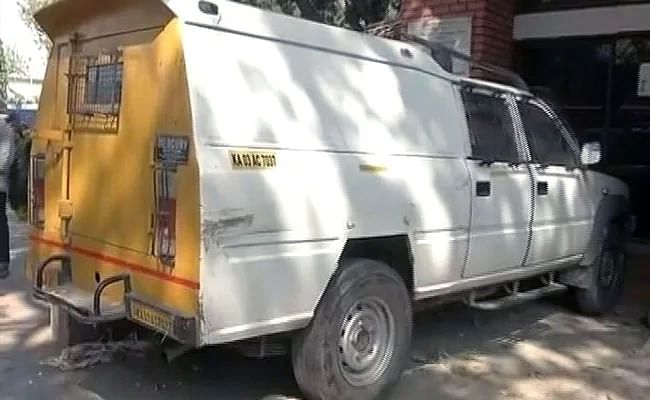