Archies and Omkar, two young men from the city, decided to hold a skateboarding competition in Panvel to promote the game. They approached youths who were practicing for a long time and finally, a competition was held last week. A total of 40 children participated and the game was conducted successfully.

The sport of skateboarding was introduced in California in 1950 but its popularity, which had been declining for some time, rose again in 1975, after which the sport became very popular among young people in various parts of the world. The game first debuted at the Tokyo 2020 Olympics.

Winners of the competition: 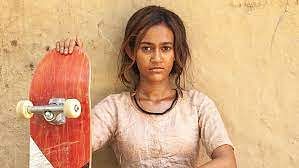