The APMC police have arrested a 27-year-old man from Koparkhairane for allegedly killing and dumping the body of a 30-year-old man at the APMC market. The police have claimed that they solved the case within 36 hours of finding the body. The police had found a few parts of a mutilated body of a man wrapped in a plastic bag in the parking area of the Grain Market in APMC on September 12.

The arrested person has been identified as Sumit Kumar Chauhan, 27, a resident of sector 12 D in Koparkhairane and a native of Uttar Pradesh. Police said that personal enmity and financial issues had led to the crime. A case under sections 302 and 201 of the Indian Penal Code was registered against an unknown person at the APMC police station.

Navi Mumbai Commissioner of Police Vipin Kumar Singh said that the APMC police had found the limbs and a head wrapped in a plastic bag in the market. “There was no evidence or identity of the victim to begin with. We formed four teams to solve the case,” said Singh.

The police said there was a tattoo on one hand of the deceased that helped in the identification of the victim. “We checked around 100 missing person complaints and found that a person with similar description went missing in Koparkhairane,” said Singh.

The police called the complainant, Jyoti Ravi, who identified the body as that of her husband Ravi alias Ravindra Ramesh Mandotiya. “Even after we identified the body, there was no other clue to track the accused,” said senior police inspector Vikas Ramgude. He added that with the help of CCTV footage, technical help and tip-off by informers, they took custody of his friend Chauhan. “When we interrogated him, he admitted to having committed the crime,” said Ramgude.

Ramgude said that initially they were friends; however, there were some old enmities between them. “Chauhan, after killing the victim, divided the mutilated body into three bags. He dumped two parts in the APMC Grain market and another in the Mhape area to destroy evidence,” said Ramgude, adding that the accused was arrested on September 14 and presented before the court where he was sent in police custody till September 22. Police are investigating if other persons are also involved in the crime. 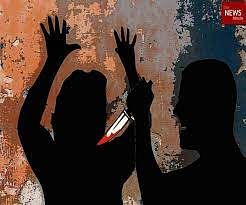