In June this year, the city police force had procured 220 Boleros, 35 Ertigas, 313 Pulsar motorcycles and 200 Activa two-wheelers using the Rs 30 crore corpus that it had received under the Nirbhaya fund.

In June this year, the city police force had procured 220 Boleros, 35 Ertigas, 313 Pulsar motorcycles and 200 Activa two-wheelers using the Rs 30 crore corpus that it had received under the Nirbhaya fund.

NCP MP Ms Supriya Sule in a series of tweets slammed the state government. She said,’’What a shame.’’ ‘’After the Nirbhaya incident in Delhi, the central government established the Nirbhaya Fund in 2013. This fund is given to the state governments for women's safety measures. The Maharashtra government was expected to strengthen women's safety measures through this fund. But the present government has purchased vehicles from this fund and kept them for the convenience of its MLAs and MPs who have been provided with Y level security.’’

‘’This is very serious and annoying. Many sisters could have been relieved by using the Nirbhaya Fund. According to the NCRB report, Maharashtra ranks third in the country in terms of violence against women,’’ noted Ms Sule.

The state NCP Chief and former minister Mr Jayant Patil remarked, ‘’It is shocking that the vehicles procured  for helping the police to carry out their duties of protecting women are being misused for protection of the breakaway MLAs. On one hand, the chief minister claims to have support of the people  and on the other hand. each of the breakaway MLA and MP are being provided Y-plus category security which comprises 5 police personnel.’’

The Shiv Sena UBT leader and former minister Mr Aaditya Thackeray lashed out at the Shinde Fadnavis government and in a tweet said, ‘’And while we read about SUVs bought from Nirbhaya Fund being used for security of Khoke Sarkar’s gaddars (traitors of the state government) this is another news that should hang everyone’s head in shame. In a state where a woman MP can be abused by a minister many times and no action is taken, what can we expect?’’

Further, the state Congress general secretary Mr Sachin Sawant targeted the Shinde Fadnavis government on this issue and asked, ‘’Is the security of ruling MLAs more important than protecting women from abuse?" 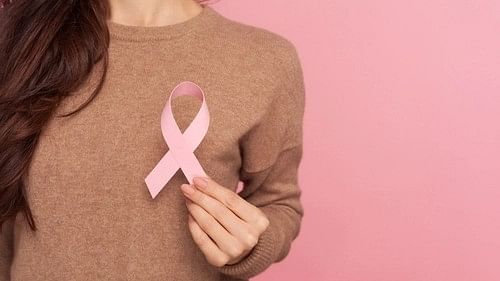 However, the police officer said that after the vehicles were procured in June, they were distributed to all 97 police stations, cyber, traffic and coastal police units in July.

‘’Of these vehicles, 47 Boleros were requisitioned from several police stations by the Motor Transport Department of the Mumbai Police following an order from the VIP Security section of the state police stating that they are required for use as escort vehicle for MPs and MLAs of the Shinde faction to provide Y-Plus security cover to them," he said.

However, 17 of the vehicles which were used for the security of these lawmakers were returned to police stations after the requirement was fulfilled, he added.

''But 30 Boleros are yet to be returned, which has impacted the police patrolling in the jurisdiction of respective police stations," the officer said.