Mumbaiya Gujarati - a tribe unlike any other.

After the grand success of Kutchi Marathon a few days back, Shri KVO Deravasi Jain Mahajan, Mumbai and Shri KVO Sthanakwasi Jain Mahajan, Mumbai’s joint initiative KVO Sports Abhiyaan is now gearing up for Kutchi Olympia 2020. This will be the second edition of this Olympics-style event. It will have 16 sports such as Basketball, Volleyball, Football, Table Tennis, Badminton, Skating and races in different categories. It will be held across the city in the months of October, November and December. The first edition, held in 2016, saw a massive community participation of more than 12,750 people.

It seems the Kutchi community is genuinely walking on the footsteps of Modi Sarkar’s FIT INDIA and KHELO INDIA campaigns. Both the Mahajans have come up with the concept of ‘Swasth Samaaj, Samruddh Samaaj’ which means, ‘Healthy community, Prosperous community’. The community too has responded very well to this vision. Recently, the fifth edition of the Kutchi Marathon held at Chembur saw a participation of more than 5850 runners. Organisers claim that this is probably the largest Marathon event in the world conducted by any community. The highlight of this year’s Marathon was ‘Mother Carrying Baby’ run, introduced for the first time in Kutchi Marthon. 30 mothers participated in this unique run. 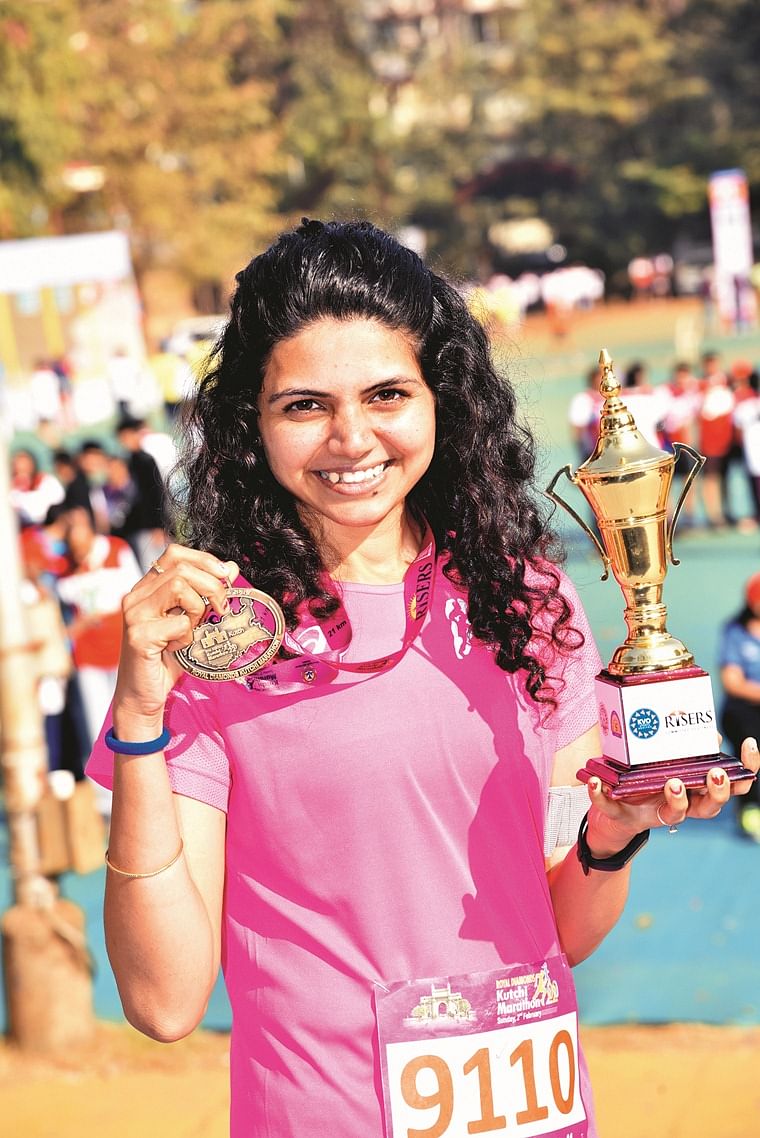 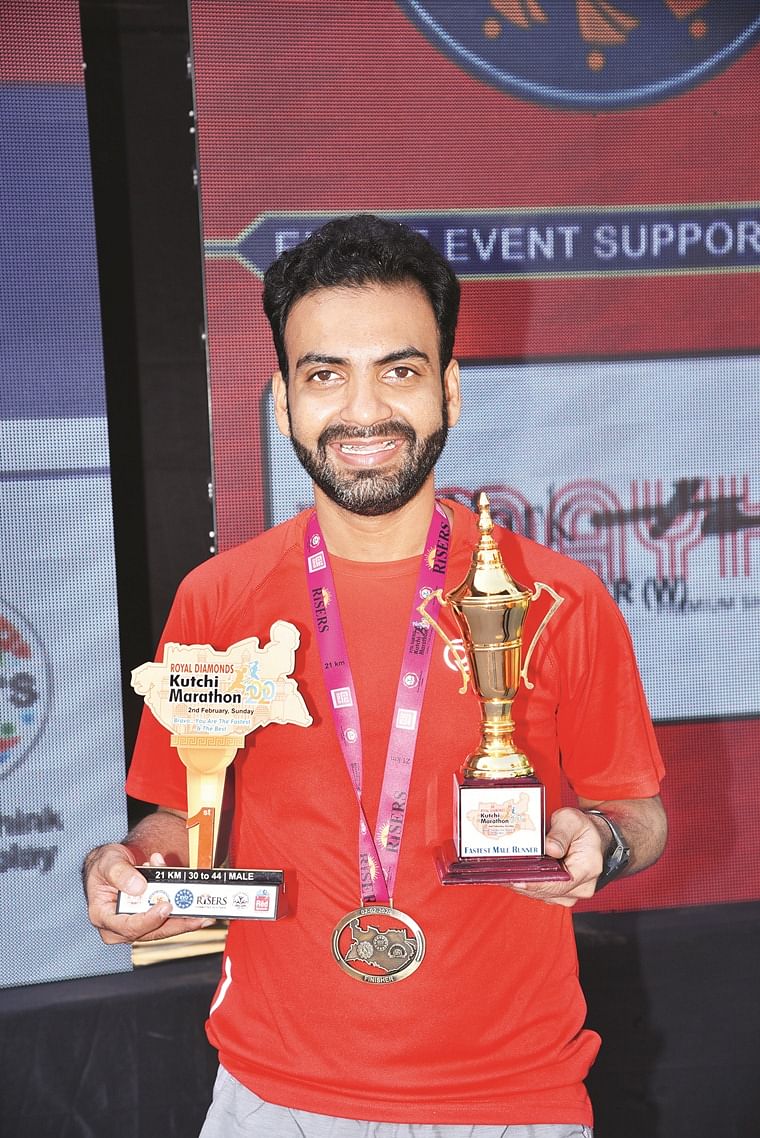 What's in a surname? 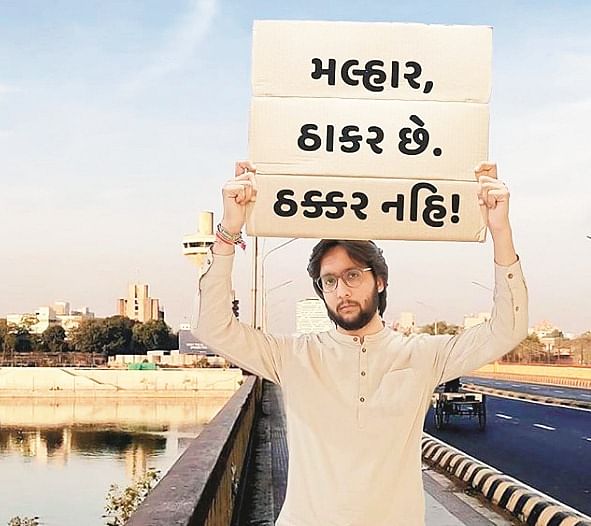 Came across this picture on Instagram. The placard in the photograph says : Malhar, is Thakar. Not Thakkar!

The surname of Gujarati films' superstar Malhar Thakar is often written and pronounced as Thakkar.

Kuldeep Thakkar, who runs 'thefilmyfox', a digital platform for updates on Gujarati movies and entertainment, had posted this picture a few days back.

Let’s see if it makes any difference. 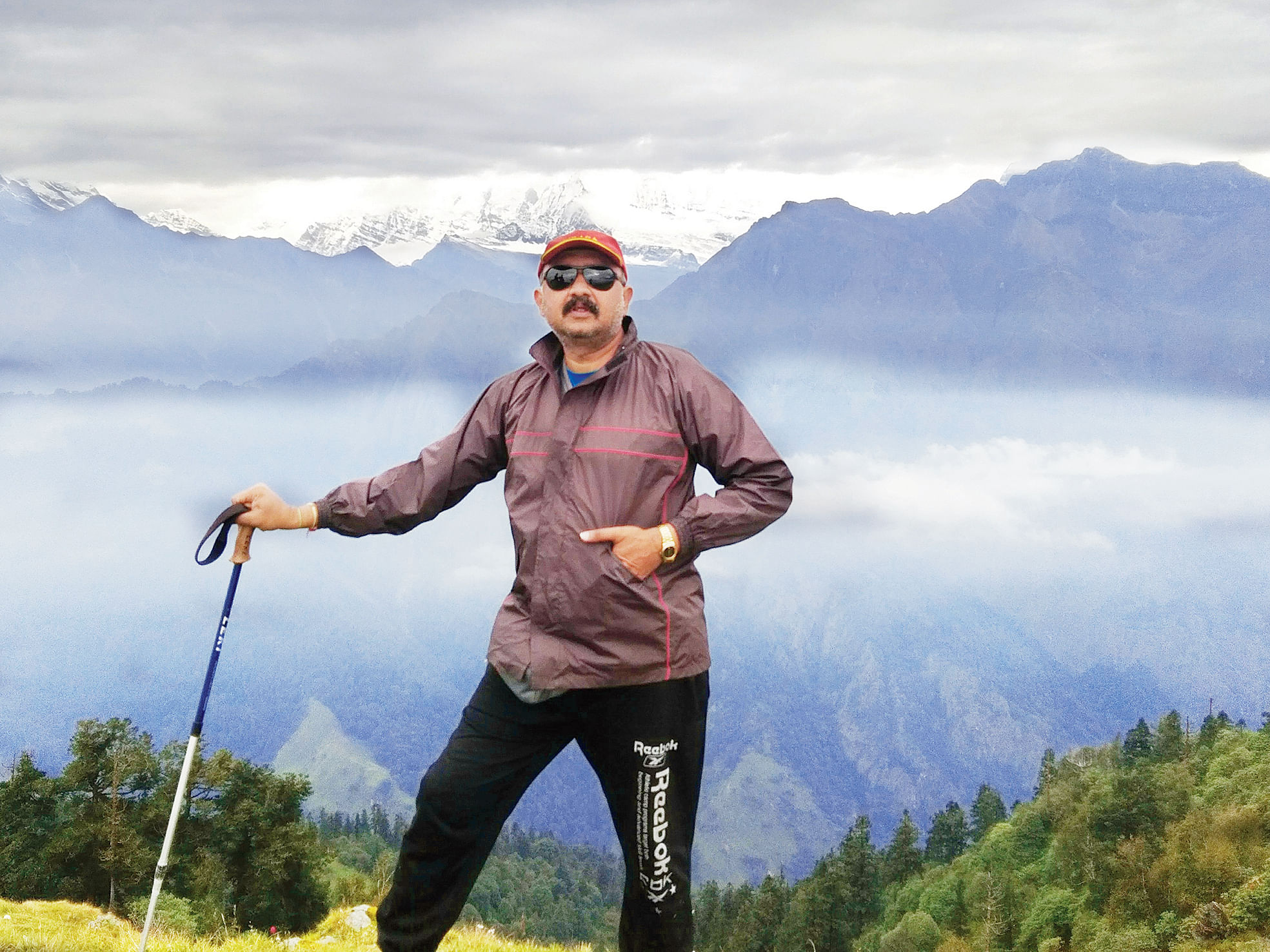 Western Railway’s Chief Public Relations Inspector, Ajay Solanki, is an avid trekker. He has been trekking since two and a half decades. Barring 2018, every year he has gone on treks more than twice a year. He has trekked to many challenging places in the country, the latest adventure being the treacherous Chadar Trek in Ladakh. The Chadar trek is an ice trek, in which you have to walk on the frozen Zanskar river, in temperatures going as low as -25 to -40° C.

The Chadar trek lived up to its 'trecherous' reputation and offered Ajay Solanki, 49, his fair share of adventure with several edge of the seat dramatic incidents. Here's one for a sample...

When Ajay and his friends reached for the trek, trekkers were being allowed to go till Tibb Cave only due to weather conditions. It is a combined distance of 40 km to and fro on the frozen Zanskar river. The journey to the cave was without any mishap for Ajay and two railway mates. However, while returning, the frozen ice sheet gave in at one point and they had to walk through the freezing cold water for five to seven minutes. Walking ON ice and walking IN icy water are two completely different things. The latter can cause permanent damage, and even prove fatal. Well, the five to seven minutes of frosty walk was enough for causing grave damage. Ajay returned from the Chadar Trek on 4th February, but his toes are still numb.

Ajay Solanki goes on treks as a member of Western Railway Sports & Adventure Association. Bhimashankar in Maharashtra is his favourite trek. He has completed the half century of trekking in the Sahyadri Mountain Range.

Two ongoing Gujarati plays have the word ‘Pappa’ in thier names and one play has the word ‘Baap’. Now a new play premiering next Sunday has the word ‘Father’ in its title. In short, it’s raining fathers in the Gujarati theatre world.The three plays that are being staged currently are Sanjay Goradia’s ‘De Taali... Kona Baapni Diwali’, Vipul Vithlani’s ‘Pappane Prem Chhe, Deekrane Vahem Chhe’ and Muni Jha’s ‘Pappa Mara Power Bank’. The title of the new play is ‘Father’s Day’, it is written by Dilip Rawal and directed by Kamlesh Mota. Pratap Sachdev is playing the role of the father in this play.

By the way, the shooting for a Gujarati film tittled ‘Mara Pappa Superhero’ has also begun.