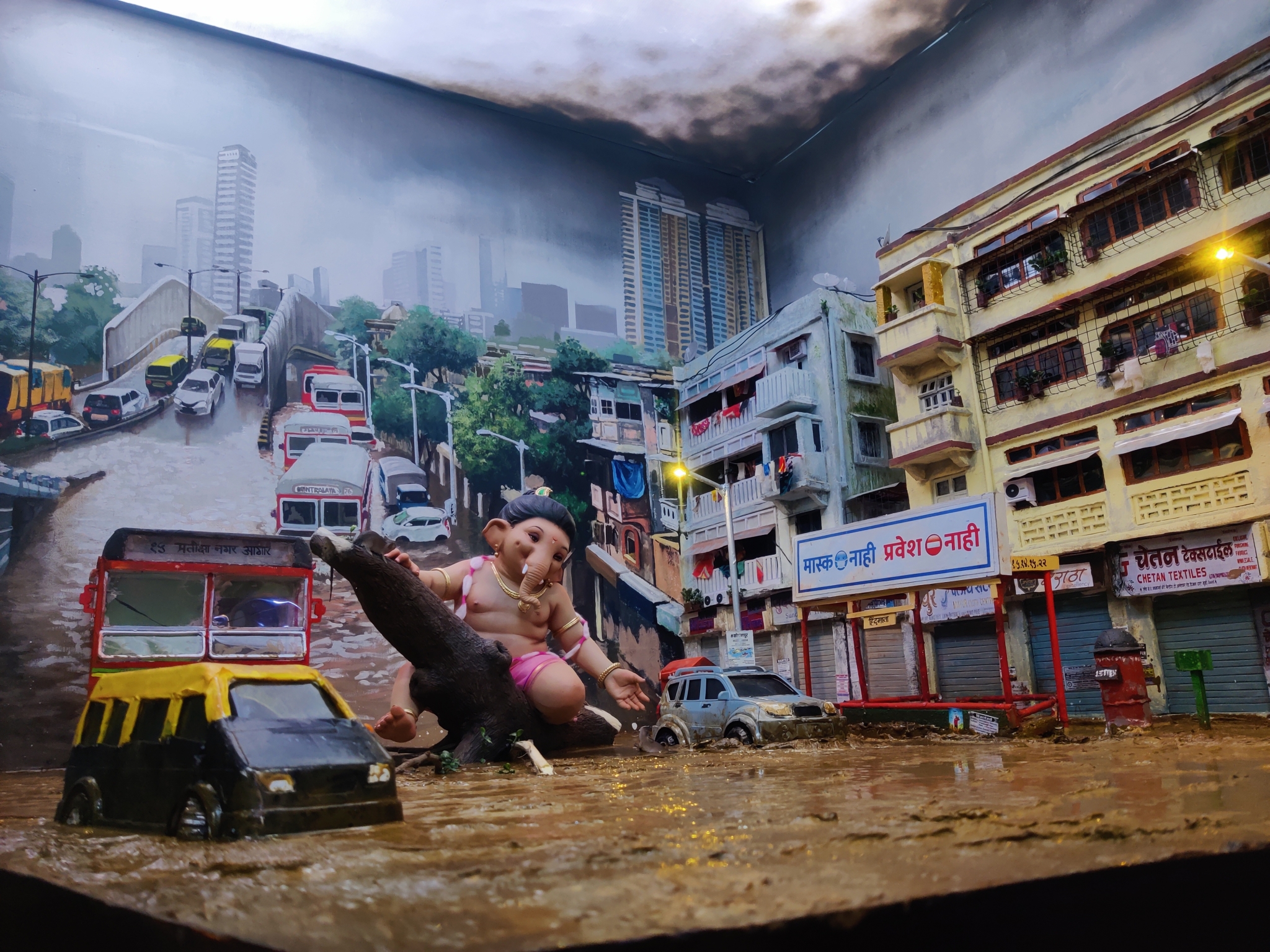 Mumbai: Mumbaikar who got stuck in water logging at Hindmata in Parel during this monsoon. Decorates the scene of waterlogged hindmata in his household lord Ganesh idol, raising a question to the authorities, when will the problem be solved.

Franklin Raju Paul, a 27-year-old freelance art decorator and a businessman from Pratiksha Navar in Sion, almost took one month to create the scene of waterlogged hindmata. The lord Ganesh idol was seen sitting on a broken branch of a tree floating on the water. With buses and other vehicles stuck in the waterlogging. "This was an every year problem for the motorist as well the resident staying up there. How can they travel in such a situation or emergency? This year during monsoon, I was a victim of it and got stuck with my motorcycle in water till my waist. I was out of the water, but the bike needed to be repaired. The authorities are doing some work on bridges by increasing the height. But how will it help the locals who stay there," he added.

Paul states Hindmata being in the hub of the city, it connects to major parts of Mumbai. "What are the authorities still waiting for and is there any solution to the problem?," added Paul who then decided to take up the issue, raising a question to the authorities.

The Lord Ganesh Idol named as 'Paul cha Raja' was started by his father Raju Paul from last more than two decades. "Since, last four years, I have been decorating to give a message about social causes in and around the societies. Last year we decorated the scene creating a social message about social distancing and the rules to follow during the pandemic like wearing a mask and using sanitizer," added Paul who last year won first prize in a local competition during Ganesh Chatruthi.