Different incidents in the last few years have hit the prostitution business of sex workers working in Hanuman Tekdi a red light area in Bhiwandi. The sex workers first felt the pinch of debt after demonetization. Later, the first wave of Covid-19 hit them and now the second wave. Many women who left the prostitution business and joined stitching and other business are facing huge debt. With fewer jobs of stitching due to lockdown, they is hardly are earnings for a better livelihood.

"Despite all the hue and cry about alternate livelihood last year, sex workers are struggling during the second wave of the pandemic," said Swati Singh Khan, the founder of NGO Shree Sai Seva Sanstha who is helping the women find an alternate job.

Take for instance Rani 29, (name changed), a former sex worker who is now into stitching and embroidery for an alternative source of income. She was trafficked from Karnataka at a very young age and brought to the red-light area in Bhiwandi. Despite trying to escape several times, she was brought back. With no way out, she suffered at the red light area until she was approached by the NGO. "With the help of alternative livelihood programme that the organisation runs, she is really using the platform well to help her in stitching and fine art skills and finding a way out of sex trade. If corporate and governments come together to fund and support small NGOs trying to help sex workers with alternative, sustainable paths, such programmes would be able to fulfill the cause they are working towards," said Swati Singh.

Singh added, "The sex workers are the worst affected community in the marginalized section. They are stranded midway -- brothels are not getting them their daily bread and butter, nor are their families accepting them," she added.

Komal, a 32-year-old sex worker, who at the tender age of 16, she was lured, trafficked and sold in Madhya Pradesh. Later, she was sent to the red-light area in Nagpur where she accepted that being a sex slave was her fate. Now she is trying to survive in Bhiwandi. She has been pushed to the verge of starvation and helplessness for the second time in the pandemic. Abandoned by family and savings exhausted, she is stranded with nowhere to go.

There are tens of thousands of Komals across the state whose stories of toil and despair are hidden in the dark corners of the brothels.

All talk, no action: "Several surveys and reports revealed that around 99% of sex workers were willing to quit sex work and explore alternative livelihood options," said Singh.

Several NGOs even came up with alternative livelihood and rehabilitation plans to reintegrate sex workers back into society. Those moments after the first wave of the pandemic were actually an opportunity to help sex workers. However, after much ado, nothing concrete came out of these debates and discussions and the right opportunity to fix these issues was lost. "We do not have any policy-level change that could actually protect the sex workers this year under the same circumstances. We have ended up as a system that lacked preparedness, failed in coming up with solutions so as to not let the same mistake happen again. Had the governments supported the social organisations, the issues of sex workers would not have been inhuman in the second wave of the pandemic," added Singh.

Singh claims that the red light area in Bhiwandi has around 350 women. "Women from different countries like Bangladesh and Nepal are not interested in rehabilitating. The only aim for them is money. These women are working in this pandemic too. However, we couldn't help the women who have approached us and they too will again land into the red light area for need of cash. The government should come up with business for them. Even if they are trained, they have no job now," added Singh.

One of the women who is into the flesh trade business said, "Recently around 200 women were rewarded with Rs 5000 per month i.e 15,000 for three months by the government. But how many days will we survive? The process for this cash was going on for a year after which we received it last month. We have to look after our family, rent and then our own expenses," added the 30-year-old woman who is sitting idle after learning different skill programmes. 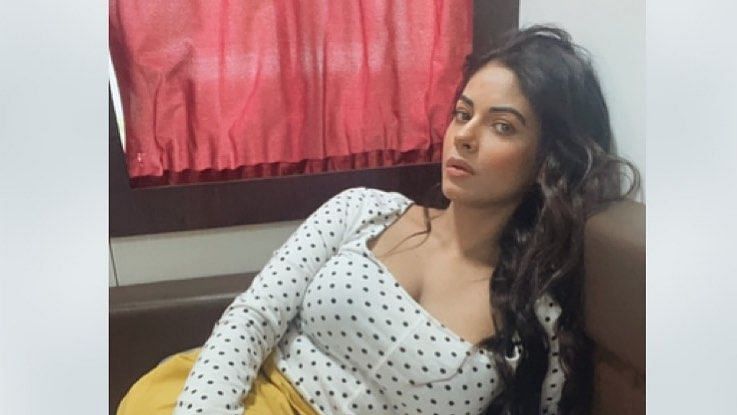