Mumbai: With return of daily tickets for local train for fully vaccinated commuters, nuisance of 'stuntmen' to make a comeback 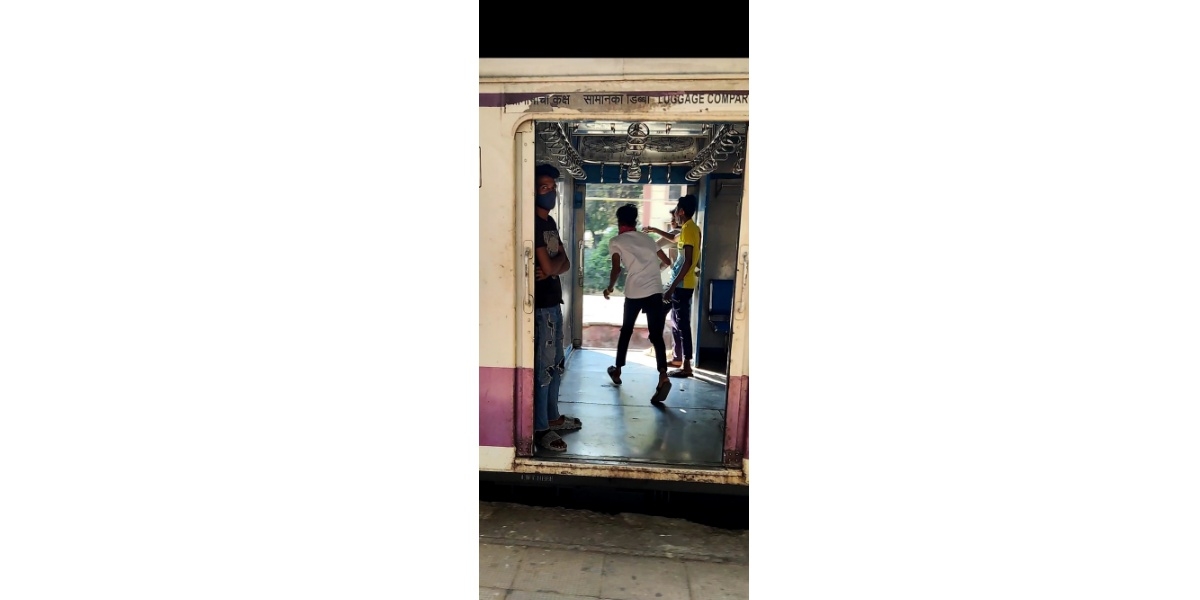 On the one hand is the good news that daily tickets for suburban rail travel are back and train services can run at 100% capacity, facilitating those who are fully vaccinated and wish to commute; on the other hand, it also marks the return of pests, euphemistically called the 'stuntmen' -- a recurring nuisance on local trains.

Mumbaikars heaved a sigh of relief as the Maharashtra government directed the Western and Central Railways to issue daily tickets. This came after railway passenger associations, railway employee unions and the public at large kept demanding the sale of daily tickets at railway stations since October 26, when the state government declared that all citizens, including essential workers and government employees, would have to be fully vaccinated to board and travel on Mumbai’s local trains.

This meant that even essential service workers who weren’t fully vaccinated, were not being issued daily tickets and had to buy season passes. The railways, on the other hand, also started issuing quarterly and half-yearly season passes as well. There was considerable hue and cry over the decision of not issuing daily tickets, leading to arguments between people and the staff at booking counters.

The state government, in its latest order on October 30 sent to Railway authorities, inter-alia mentioned, ‘Many citizens are demanding allowing of travel through local trains using daily tickets. Due to numerous people needing to travel by local trains and the absence of permission to travel on daily tickets, the tendency to travel without valid tickets has increased. This is also leading to non-compliance with the requirement of being fully vaccinated. As a result, the railways are facing huge losses in their revenue and it is also dangerous from the point of view of the spread of Covid-19 cases’.

Citing this reason, the Maharashtra government further stated that ‘It has been decided to permit all citizens who are fully vaccinated as per definition of the state government to travel in local trains. As one-time ticketing was allowed on long-distance passenger trains before too, this relaxation means that all fully vaccinated citizens may travel in local and passenger trains on all routes and through all kind of tickets that may be issued by railways, including daily ticketing. Being fully vaccinated would be the only mandatory condition for the issuance of any kind of tickets for travel in the trains,’ reads the second paragraph of this order signed by Aseem Gupta, Principal Secretary, Disaster Management, Relief and Rehabilitation.

Railway authorities have clarified that daily tickets will be issued with immediate effect and that ticket booking supervisors and other staff have been instructed to allow only fully vaccinated persons be issued daily tickets and season passes and strict vigilance be enforced. ‘With reference to Government of Maharashtra order; fully vaccinated citizens as per definition of the state government are permitted to travel in local trains. All kinds of tickets may be issued by railways including daily tickets (Single/Return journey) also. Being fully vaccinated would be only mandatory condition for issuance of any kind of tickets for travel in trains,’ reads the circular issued by railways on Sunday.

Last week, there was an incident of a dangerous stunt being performed at Mumbai Central station on WR. Sources said that the person was seen standing on platform 3 where a Down Through (fast train) was coming. As the train started, this young man could be seen holding the centre pole and running along with the train as the train started to move. In the video, an elderly gentleman is seen shouting at this young man, approaching him to prevent the latter from performing this life-threatening stunt. Later, the young man boards the coach and points towards the elderly man.

A railway policeman present at the station premises said, just before this train arrived, the vandals had hit the sign displaying the arrival time, destination and the number of coaches.

According to Railway Police officers, this is probably the first such incident since August 11, when train services were opened up for the fully vaccinated. In February, there was another incident involving an unknown person dangerously hanging on the footboard while the train was in motion, which happened on CR.

“There have been no such instances in the past few months where such a dangerous stunt on trains or platforms took place,” said a GRP officer. Every year, about 3,000-3,500 people lose their lives in train mishaps. To curb such dangerous stunts, the railway administration and railway police keep appealing to people to refrain from indulging in such acts.