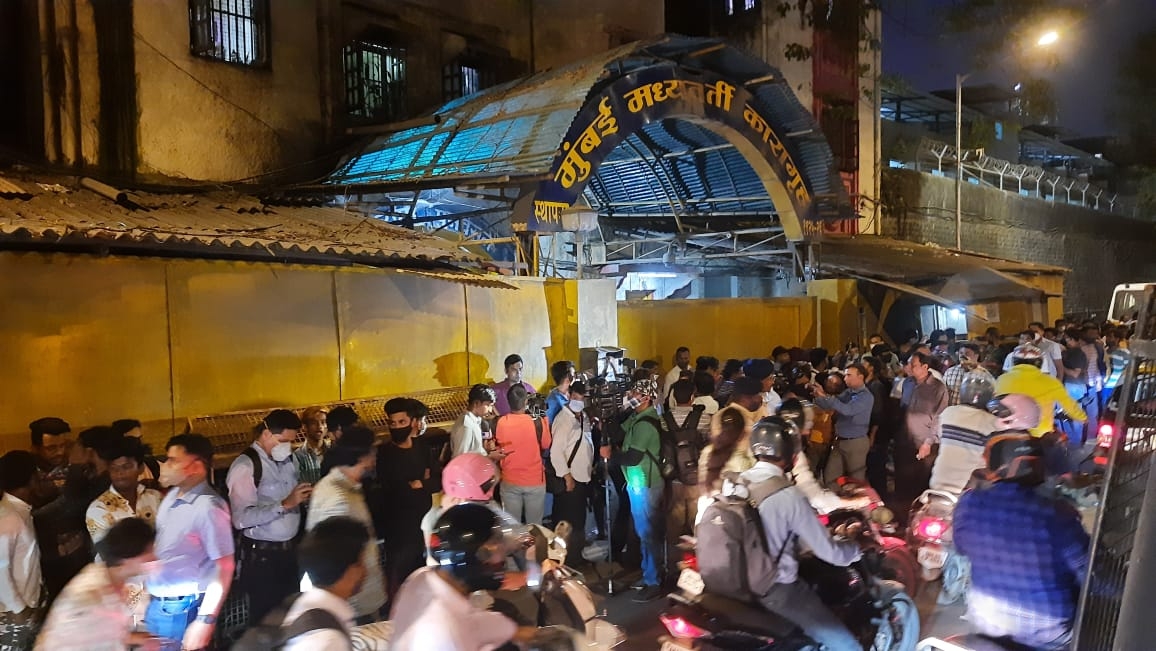 There was a traffic snarl and chaos outside Arthur Road Jail on Friday caused by a tarrying crowd outside the jail, desperately seeking a glimpse of Aryan Khan, the son of actor Shah Rukh Khan, who has been in jail for the past three weeks.

Reportedly, word had spread about the actor coming to the jail to fetch his son, causing the crowd to swell further. People hoped to ‘snap up’ the emotional moment of the father-son reunion. However, most of them were forced to leave disappointed, after police started asking them to disperse, telling them Aryan would not be released on Friday, but on Saturday. Since no copy of the bail order had been put in the bail box by 5.30pm, he would only be released on Saturday, the public was told.

Superintendent N B Vayachal of Arthur Road Jail said, “Till 5.30pm we had not received any order copy of the bail. As per procedure, it has to be dropped in the bail box but we did not find any bail order till then. However, whether it is Aryan Khan or any other, the rules are the same for everyone. If the order is put in the drop box late in the night, he will be released on Saturday.”

Taher Ali Khan, a Mazgaon resident, keeping vigil since afternoon said, “Being a businessman, I hardly get time to see such celebrities. As this location is near my house, I came to get a glimpse of the superstar’s son. I just wanted to see whether he had lost weight or if there was any change. But I am happy that the jail authorities stuck to the rules even for a superstar’s son and did not release him late at night,” added Khan.

All day long, there was a traffic snarl on Sane Guruji Marg outside the jail, after the news of Aryan Khan’s impending release went viral.

Noticing the huge crowd of media personnel and people, the jail authorities had asked the Mumbai police for bandobast to manage the crowd and maintain law and order. “As the crowd increased, we informed local police, who deployed their officers for security,” added an official from the prisons department.

Locals and those passing through kept slowing down their vehicles, asking questions and this created a traffic mess. However, those aware of Aryan Khan’s release were busy clicking pictures and shooting videos. “People were standing on the dividers and the footpath, trying to capture the moment. The traffic snarl was as far as Saat Rasta and the other side,” said an officer from Mumbai Police, who was trying to manage the crowd and clearing traffic till late evening.