HomeMumbaiMumbai: Traffic movement affected in the western suburbs due to Amit Shah's visit

Mumbai: Traffic movement affected in the western suburbs due to Amit Shah's visit

Commuters, who travelled by road, especially in the morning hours, are considered as peak-hours for office goers reportedly experienced tremendous amounts of problems in reaching their destination.

With the Union Home Minister Amit Shah's visit in the western suburbs of the city, several commuters have complained about 'reaching late' due to the travel restrictions imposed by the Mumbai Traffic police.

Commuters, who travelled by road, especially in the morning hours, are considered as peak-hours for office goers reportedly experienced tremendous amounts of problems in reaching their destination. "My office bus didn't reach on its expected time as apparently it was stopped as some VVIP vehicles were passing by. I reached almost 1 hour late at work and got scolded. Can the authorities take responsibility in such cases," asked a commuter who was travelling in the South Mumbai area.

Similarly, school buses too reportedly arrived late at the time the restrictions were imposed. In areas like Malabar Hill, Babulnath, Kemp's Corner, Haji Ali, Mahalaxmi Racecourse, Saat Rasta, Chinchpokli Junction, Lalbaug Parel, Lotus Junction, Worli Dairy, Worli Sea Link and Lilavati Junction, were slowed down, traffic-wise, between 9 am to 12:30. School buses that pick and drop children during these hours were affected. "School buses are anyway not regular (on time) due to bad traffic due to potholes and bad roads, this VVIP just added to this situation and made it worse. My son's bus arrived almost an hour later than usual. I couldn't risk my child at any cost, so I didn't send him to school at all," said Bhargavi Seth, a resident of Dadar.

Even the BEST buses that are used by city commuters on a very regular basis, all day, were late in these areas.

From 1 pm to 2 pm, the traffic was slow at Malabar Hill, Girgaon Chowpatty, Marine Drive and Regal junction and in the Colaba areas, BEST buses were affected majorly. Similarly, in the Marol to Powai areas, traffic was slow from 3 pm to 6 pm.

Office goers who were working in Powai areas faced traffic congestion that was worse than usual. "I travel towards Vakola in the evening, after work, but before leaving work when I checked the traffic map, it showed almost a 1-hour delay. Even the junction in my work location, traffic was moving by inches. I think I was stuck inside the bus for almost 15 minutes before it moved, only to get stuck again in the next 2 minutes," said another commuter.

The traffic signal system was deactivated in areas like Marine Drive, Nariman Point, and other areas in Churchgate during the VVIP visit, by the traffic authorities. "The traffic signals were turned off and being operated manually. We had the blinkers on which we (traffic personnel) were managing according to the traffic movement. It was important at that time in order to maintain smooth traffic flow," said a senior police official.

"The Gokhale bridge in Andheri west is "under construction" since so many years (almost 2 years), and since it's shut, the adjoining traffic movements are severely affected almost all day. Rains or potholes, if you have to travel this road, one should definitely prepare themselves to experience frustration and stress due to traffic," said a commuter based in Santacruz. 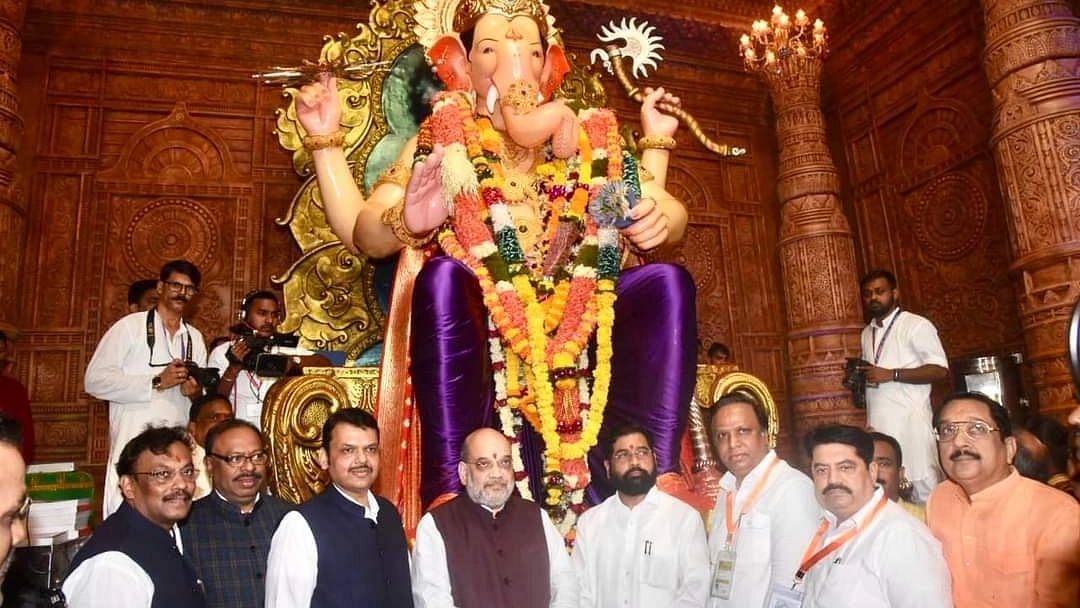