This is the second bail application filed by Dr. Nayan Brahme, an HIV specialist, who was arrested by Chunabhatti police station in Nov last year.

A special court under the Protection of Children from Sexual Offences (POCSO) Act on Wednesday rejected the bail application of a senior doctor of Sion Hospital in the case of a minor’s rape, calling the offence serious in nature.

This is the second bail application filed by Dr. Nayan Brahme, an HIV specialist, who was arrested by Chunabhatti police station in Nov last year. The first one was filed when the case was still under probe. It was rejected last December.

The special court stated in its order while rejecting this present plea that looking into the material on record, there is prima facie sufficient material against him. It added that Sec 6 of the POCSO Act dealing with aggravated penetrative sexual assault provides for punishment of imprisonment for life. Therefore, the order stated that it is not a fit case to exercise discretion in his favour.

As per the police complaint, the incidents took place between Nov 9, 2018 and Dec 2018. The then 15-year-old had come in contact with the doctor as her mother is an HIV patient. The complaint however was filed only in Nov last year. The complaint stated that the minor was repeatedly raped under the influence of an intoxicating substance, leading to her getting pregnant. The victim complained that she informed the doctor about her pregnancy and he had given her some medications that led to a miscarriage.

The doctor’s advocate had argued that there is an inordinate delay of three years in lodging the report and that the victim was an adult at the time of lodging it. The court stated about this, that the point about delay in lodging the FIR was already considered by the court while dealing with his first bail application. It was also contended by the doctor that he was falsely implicated. The court said that the allegations against him are well-founded and that the falsity of the case can be gone into only in a full-fledged trial.

Prosecutor Veena Shelar had opposed his release on bail and said that the probe was ongoing against him in the serious offence and that there was no change in circumstances after the first bail application was rejected. 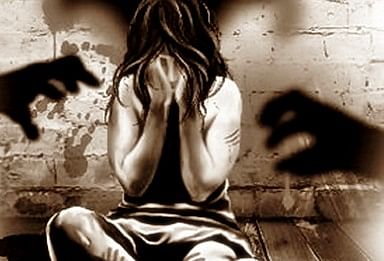