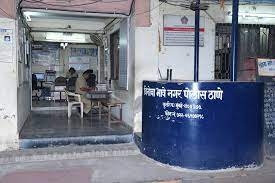 Mumbai, August 20: The Mumbai police have arrested seven people for allegedly killing and disposing a 31-year-old man in Kurla. The arrested accused include the deceased wife, two brother-in-laws, sister-in-law and friends who planned the kidnapping and alleged murder.

The VB Nagar police started the investigation to trace him. Deepak was a known criminal in the area threatening people who were getting away from him. The Mumbai crime branch unit 5 started investigation of his missing as they found something suspicious as how can Sangle go missing for last two months.

The crime branch sleuths got clues about some close people's involvement in the crime. Accordingly, the first detained Aditiya Gautam, deceased's brother-in-law who confessed about committing the crime with his two sister's Saraswati, Deepak's wife and Manisha, brother Anand Gautam and three friends. "They allegedly killed him and later buried him. They claim they were irritated with the daily crime and threats of Deepak in the area and to them. Hence they took the step to kill him. The crime branch police arrested the accused and handed over them to the VB nagar police station.

Pranay Ashok, deputy commissioner of police, zone 5 confirmed about the arrest and said the accused were produced in court and remanded in police custody till August 30.