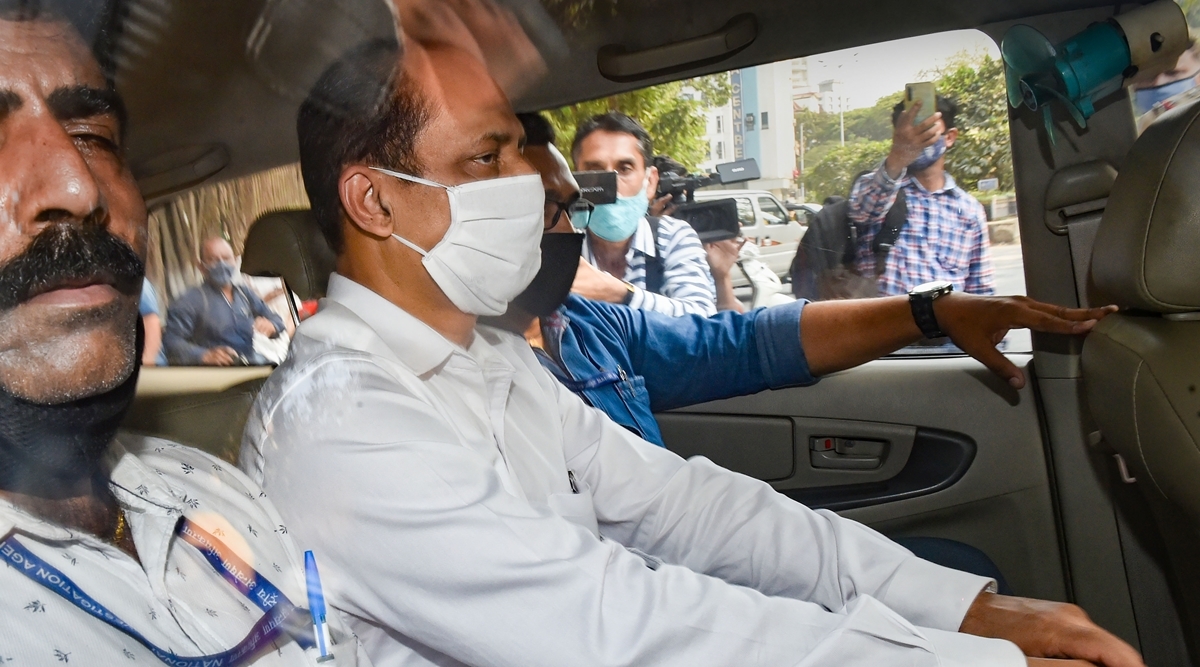 Dismissed Assistant Police Inspector Sachin Vaze on Monday, for the first time since the formation of the one-man Chandiwal Commission, appeared before it.

Vaze, produced from Taloja jail, verified before the Commission the affidavits he had filed before it earlier through his advocate. In these affidavits, he had supported the allegations made by Singh against the politician.

Anil Deshmukh’s lawyer Anita Castellino pointed out disparities in Singh’s signature on two documents. One was a Power of Attorney (POA) document signed by Singh. Advocate Castellino said the signature is different from the one on a cheque signed by Singh, addressed to the Commission, when it had imposed costs on him. In the affidavit attached with the POA document, Singh had said that he did not wish to state anything more than he had mentioned in his letter to chief minister Uddhav Thackeray and further that he did not wish to be cross-examined.

At this dispute raised by Adv Castellino, the Commission told Singh’s lawyers that it would need an affidavit signed by him. In its order, it recorded that his lawyers will take instructions from him to file categorical and clear affidavits. Vaze’s cross-examination is deferred to this afternoon, after both he and Castellino sought time for the same.