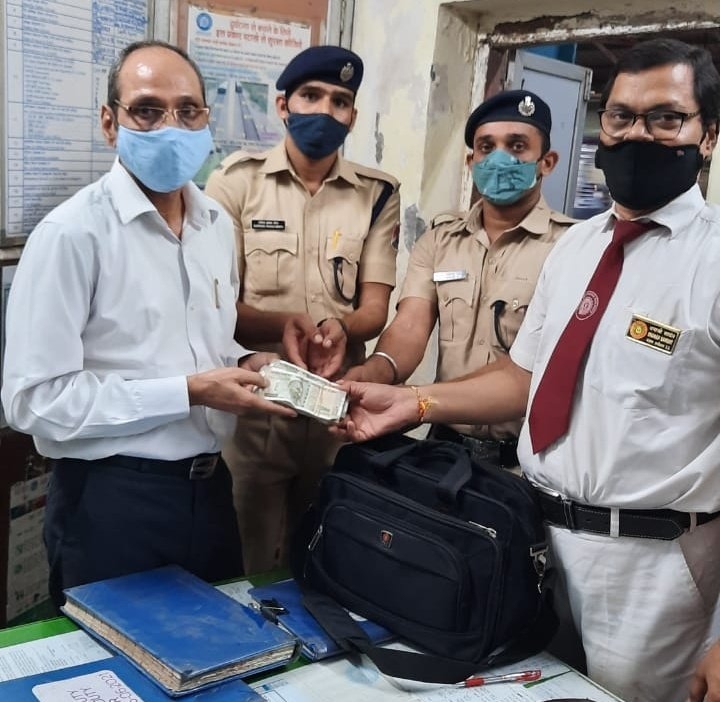 The Western Railways RPF, yesterday, were successful in locating the owner of an unclaimed bag containing Rs.1 lakh in cash, and returning the bag to him.

A member of the Western Railways RPF found the bag at Dadar railway station and handed it over to the station superintendent, who after recovering the owner's Aadhar card, rang him up and handed the bag to him.

Acknowledging the event on Twitter, the Western Railways (WR) in Marathi tweeted, "Salute to honesty and service! On September 6, 2021, at Dadar railway station, RPF staff Mr. Vikas handed over an unclaimed bag containing Rs.1 lakh in cash and necessary documents to the station superintendent, Mr. Dhanji Sawant. After calling its owner Sukhdev Swami from the Aadhar card found in the bag, he handed over the bag to him."