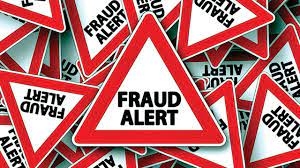 Mumbai: A 29-year-old man, director of a recruitment firm in Delhi, has been arrested by the East region cyber police for allegedly duping a city based woman of ₹26 lakh on the pretext of offering her a high salaried job. The accused Shailesh Bharati, 29, who was arrested from Lucknow in Uttar Pradesh has been running a fake recruitment firm and has been duping people similarly. The police have found over ₹1 crore that had been deposited in his bank account and suspected it to be generated from similar fraud. Two more company directors who are also accused in the case are at large.

The fraud took place between September 2018 till August 2020 however the offence was registered only in July this year when the complainant Vidya Raju, 49, approached the police. The police then followed the money trail in which Raju was made to deposit money and based on technical analysis nabbed Bharati, from Lucknow.

According to the police, Bharati was running a placement agency in Haryana along with two others. They used to collect job seekers information from job portals, after studying their profile they used to target individual job seekers and lured them into trap by promising them jobs in reputed companies as per their profiles.

The police have recovered 5 mobile phones, 3 SIM cards along with 6 cheque books and passbooks.

According to the police, the complainant, who works as a consultant, received mail from a ID similar to that of a popular job portal. In the mail she was promised a job of a general manager in a prominent company.

Once she showed her interest she was asked to pay registration and service charges. As they realized the woman's eagerness for the job, they started demanding higher amounts. This time in the name of processing charges, Goods and Services Tax (GST) fees, documentation charges and so on and continued to dupe her. To make it look real, they would send her acknowledgements by email as well.

From 2018 to August 2020, they duped her to the tune of Rs 26 lakh. Finally, the woman realized something was amiss and stopped making further payment; however she continued to believe that she would get a placement and did not approach the police. Mumbai: Senior citizen, 22 others lose money from their bank accounts