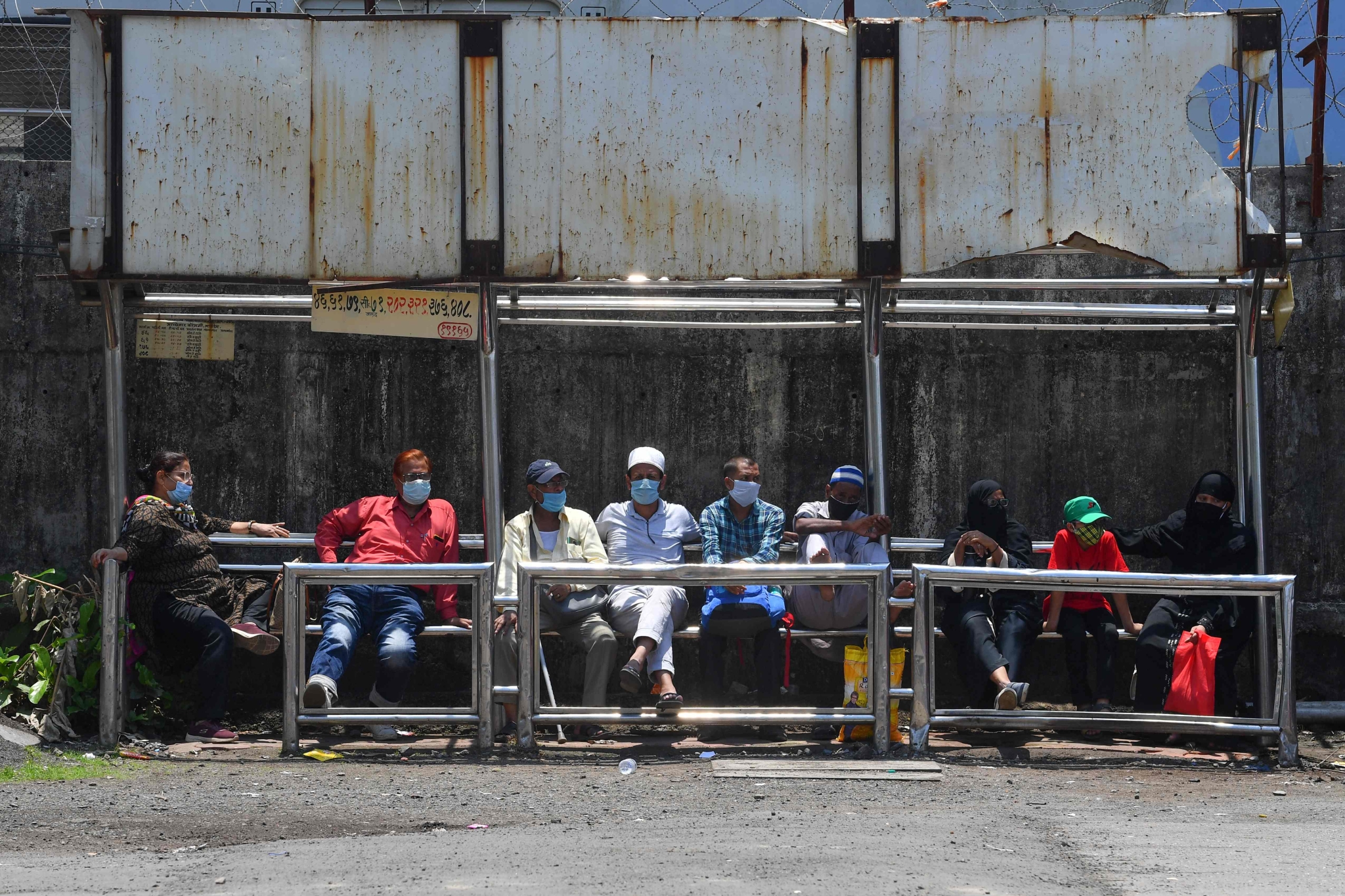 Commuters wearing facemasks as a protective measure against the spread of the Covid-19 coronavirus wait for their transport at bus stop in Mumbai on June 3, 2021. | (Photo by AFP)

Angry at the step motherly treatment meted out to them, private bus operators on Monday met Transport Department officials and said that the government has done little to keep 90,000 odd private buses, including school buses, running.

The private operator body of Mumbai Bus Malak Sanghatana claims that the situation has become grim, yet the Transport Department is not making any provisions to take care of them.

“We have been demanding for a special package as we are under severe financial losses. The interest on vehicle loans should also be extended and we should not be pressured by banks for its repayment,” said KV Shetty, member, Mumbai Bus Malak Sanghatana.

Bus operators claim that the government-run Maharashtra State Road Transport Corporation (MSRTC) has been provided a financial package of up to Rs 2,150 crore amidst the pandemic to run its 16,000 odd buses. However nothing has been planned for the 90,000 private buses, including the 40,000-odd school buses.

The School Bus Owners Association wrote a letter to the CM and sought respite, as schools have been shut. “It is better late than never. Having neglected this segment till date may have been a mistake. The government should provide an alternate source of income and immediate relief before things go out of hand,” said Anil Garg, in his letter written to the Chief Minister.