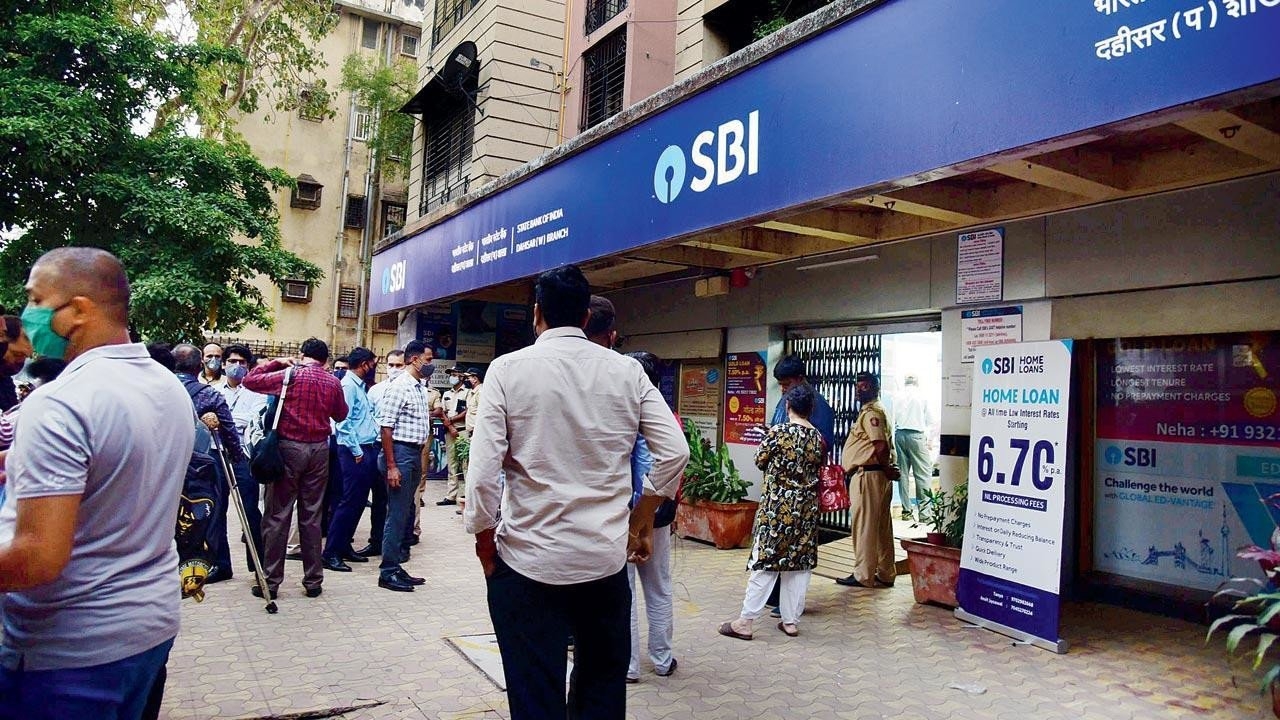 Mumbai Hours after two masked men robbed an unguarded State Bank of India (SBI) at Dahisar killing its 25-year-old helper on Wednesday, the MHB police cracked the case and arrested the duo. The robbers are cousins and decided to hold up a bank after watching YouTube videos on bank robberies, hoping to get rich quickly, said police.

Police formed eight teams to crack the case and managed to locate them with the help of CCTV footage. While scrutinising the CCTV footage at Rawalpada in Dahisar, the police found two suspects entering Kisan Chawl soon after the incident. Police sniffer dog Jessi was also pressed into action and proved useful in tracking down the culprits, police said. One of the attackers had left his slipper behind on the day of the incident and Jessi, a Belgian Malinois, tracked him down, said police.

According to police, the main accused, Dharmendra Yadav, 21, was the mastermind of the plot and called his cousin Vikas Yadav, 19, from Bhadohi in Uttar Pradesh, to Mumbai, and the latter arrived in the city 10 days ago. Dharmendra had already procured a pistol from Bihar for 40,000 and once Vikas had arrived, they went ahead with their plan.

During interrogation, the accused revealed that they chose the SBI bank at Gurukul Society at Dahisar west as their several reasons. First, it was close to where they lived. Second, unlike a normal SBI branch, it is a small branch with barely 8-10 employees. Third, they knew that it was unguarded for last several days. As planned, the two walked into the bank at 3.27pm on Wednesday when the bank was already closed to the public and all its employees were busy wrapping up the day’s work. On seeing them enter, Sandesh Gomane, 25, a contractual employee got up from his chair. However, before he could realise anything was amiss, Dharmendra had pulled out a pistol and pumped a bullet into his chest.

Gomane, employed with an agency which outsourced his services as a helper to the SBI, was shot in the chest at close range and collapsed on the spot, police said. Dharmendra then threw his bag at the cashier, while Vikas approached the cashier’s table from behind to remove the cash from the drawer and put it in the bag. The entire incident was captured in the bank’s CCTV camera. Within two minutes, the duo escaped with Rs 2.70 lakh in cash. The two then went back home but police nabbed them before they could escape. Born and brought up in Mumbai, Dharmendra is a vegetable vendor’s son. He is an HSC-pass and has been working with a catering service.

“We have recovered cash, a firearm and three live rounds from them. They were produced before the court on Thursday which sent them to seven days’ police custody,” said Pravin Padwal, Additional Commissioner of Police, North region. Police investigation also revealed that Dharmendra had purchased five live rounds. He had used up one round at the time of buying the weapon for testing it and pumped the second bullet into Gomane’s chest.