The police have also recovered another pair of a sword and a knife from Alam's office at YM Enterprises.

Police recover illegal swords from goat farm in Jogeshwari have arrested one. | Representive image
Follow us on

Mumbai: Mumbai Police recovered a cache of arms including illegal swords from a goat-rearing farm in the Behram Baug area and arrested a man for his alleged connection with the incident, said officials on Wednesday.

The searches were made by Unit 9 of the Mumbai Crime Branch detained an accused from the Behrambagh area for allegedly keeping illegal arms and ammunition at his goat-rearing place, informed the officials on Wednesday.

The accused has been identified as Syed Majeed Alam alias Vicky and the police recovered seven swords and a knife.

"We received reliable information that one person is carrying illegal swords and arms at his goat farm godown at Gulshan Nagar, Near Siddheshwar Mahadev Temple, Jogeshwari West, Mumbai," said Police Sub-Inspector, Tawde, who headed the investigation.

On further investigation, the police also recovered another pair of a sword and a knife from Alam's office at YM Enterprises, informed the officials.

"A case has been registered in Oshivara Police Station and we have initiated investigations at Unit 09," said PSI Tawde. 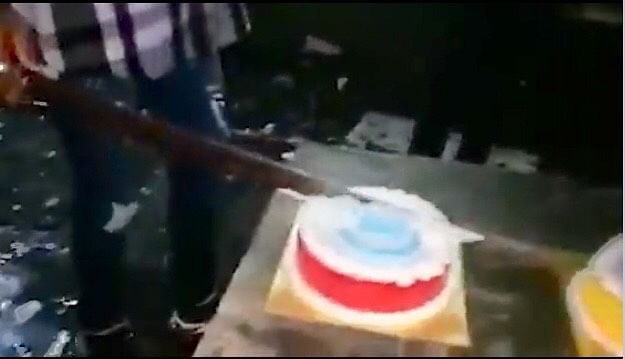