The accused, Santosh Dhumale, 30, had promised to pay ₹60,000 to the arrested couple for a new born baby.

The accused Hanif Sheikh (Left), cops reunite the infant with family (right) | ANI
Follow us on

Mumbai: Azad Maidan police have arrested a third accused in connection with the kidnapping of a two-month-old infant from the pavement near St Xavier’s School in South Mumbai on Friday. Previously, the police had arrested a couple- Mohammad Hanif Memon (46) and his wife Afreen Memon for the same crime.

The accused, Santosh Dhumale, 30, was a ward boy at Sion Hospital. The police have been questioning Dhumale to further link the other accused involved in the child theft racket. Police suspect that the other members had promised Dhumale a huge amount for a new born baby.

Dhumale’s name came up during interrogation of the Wadala-based couple arrested on Thursday for allegedly kidnapping on the night of October 25. Dhumale lived in Dharavi and had promised to pay ₹60,000 to the arrested couple for a new born baby. 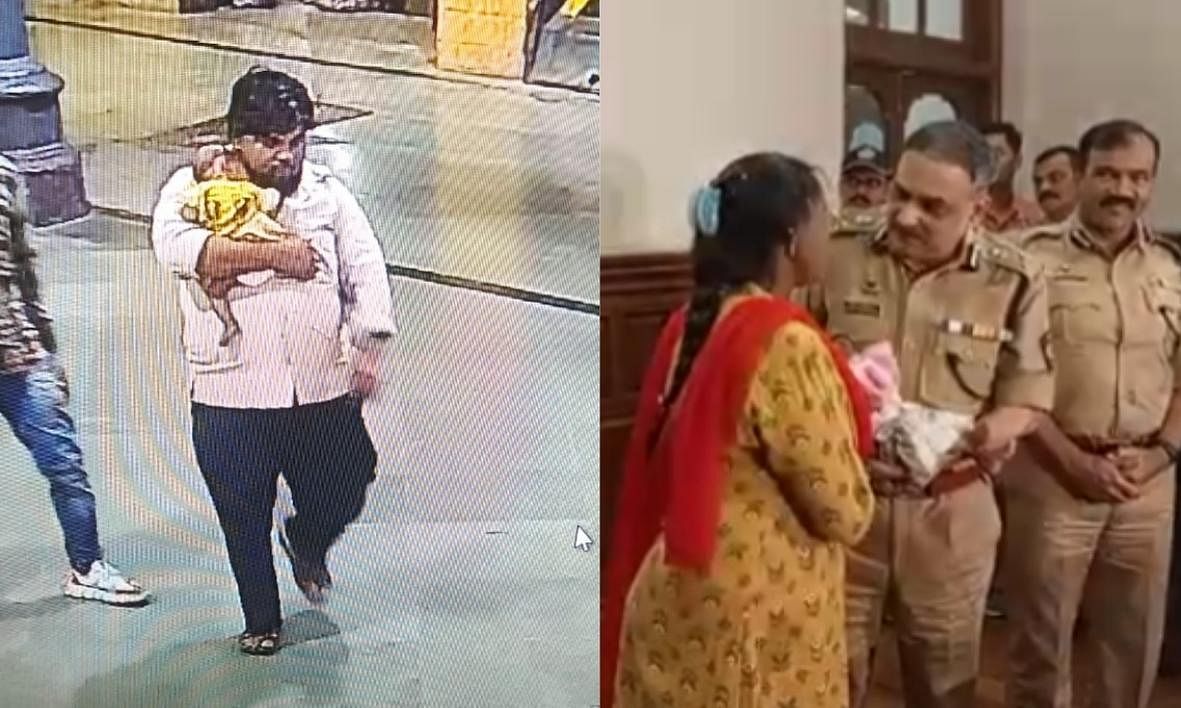 The newborn, her two sisters, and their mother, according to the authorities, resided on a footpath outside a public restroom close to St. Xavier's High School in the Chhatrapati Shivaji Terminus neighbourhood. Tuesday night, a man snatched up the infant who was sleeping and left.

According to a police official, "On Wednesday morning, after realising that her daughter was missing, her mother spoke with neighbours in the area before going to the Azad Maidan police station and filing a report." Following the filing of an abduction case, the Mumbai Police Crime Branch and other divisions were dispatched to find the baby.

Police officers looked at CCTV footage from the area as they started their inquiry and noticed someone picking up the baby and leaving. "We tracked the suspect to the Antop Hill neighbourhood in Wadala using CCTV footage. The suspect was found in his home when we later obtained his address with the aid of local informants," according to a police official involved in the inquiry.

Mohamed Hanif was taken into custody by the police as the suspect. Hanif is said to have admitted to the crime when being questioned, leading to his arrest. When the infant was saved, her relatives received her.