Mumbai: Open spaces in Mankhurd-Shivaji Nagar set to get a facelift 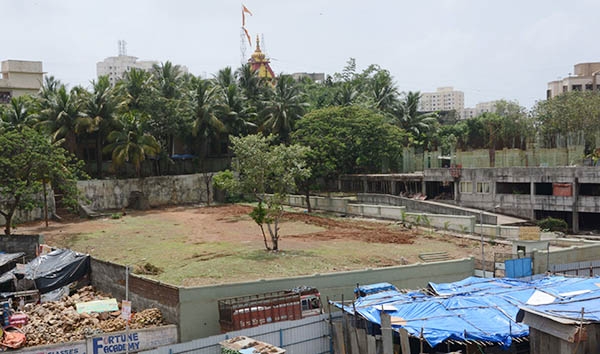 The open spaces in Mankhurd and Shivaji Nagar in the M East (ME) ward is all set to be developed by the Brihanmumbai Municipal Corporation (BMC) ahead of the upcoming municipal election.

According to local BMC officials, local elected public representatives have pitched a plan of beautifying the open spaces by installing statues of personalities who have worked towards the progress of Muslims in Maharashtra.

The local BMC officials have also said that carrying out beautification works will minimise the chance of encroachments on these open spaces.

"We have earmarked multiple open spaces between Govandi, Mankhurd and Shivaji Nagar areas. Most of these spaces are junctions on main road and spaces below flyovers which are prone towards getting encroached by illegal slum dwellers," said a BMC official.

The project is being backed by local Samajwadi Party (SP) MLA - Abu Azmi, who said that the estimated cost of the entire beautification project would cost around Rs 1 crore.

"The primary objective of this project is to spread awareness about education and women empowerment among our community members," Azmi told FPJ.

"Statues of personalities like Fatima Sheikh who supported Savitribai Phule and Jyotiba Phule will be constructed in these spaces along with personalities like Syed Ahmed Khan as many people have forgotten their contribution towards building the nation," Azmi said.

The MLA also said that alongside setting up statues, landscaping works will also be carried out in these open spaces.

The BMC officials have also maintained that owing to the upcoming civic elections they have received more than 20 proposals from local corporators in M East ward for carrying out beautification works in the open spaces. The officials also maintained that the proposals are being approved only on the basis of importance as the budget for garden and maintenance has been slashed owing to the pandemic.

"The corporators want the works to get completed as they want to hold ground breaking ceremony before the elections," said an official of garden cell.