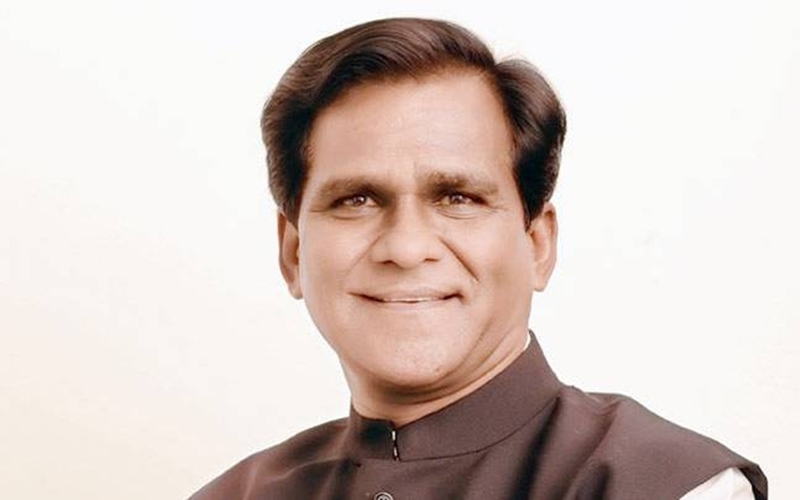 Union Minister of State in the Ministry of Railways, Raosaheb Danve hosted a dinner for BJP MPs from the state in Delhi on Monday.

Speaking to ANI about the dinner meeting, Danve said, "New ministers were inducted in Cabinet. Devendra Fadnavis wanted to welcome all ministers. Fellow MPs were also called. Our motive was to have dinner together. No politics here." Further speaking upon speculations regarding the change in the top leadership of BJP Maharashtra unit, the Union Minister of State said, "It is false news. Our (Maharashtra) President is working efficiently. We have not lost the election. Chandrakant Patil will remain the President." Earlier, addressing the reporters, Patil had said, "There is no discussion [within the party] of a change in the State president's post... Such baseless talk has only surfaced in the media." Leader of Opposition in Maharashtra Legislative Assembly Devendra Fadnavis reached New Delhi on Sunday evening met Members of Parliament and union ministers from the state, said BJP leader Pravin Darekar.

"I am not aware of the meetings that Devendra Fadnavis has in New Delhi, but there is one meeting with Chandrakant Patil, Maharashtra MPs and the four newly appointed ministers for the welfare of the state," Darekar had said.

When the reporter asked about the rumours of new state president, Darekar refuted the question by saying that, "Devendra Fadnavis and Chadrakanth Patil have denied all kinds of rumours going in the party meeting, and according to Devendra Fadnavis, the party people are happy with the work of Chandrakant Patil."