Mumbai: No Ganpati darshan at pandals 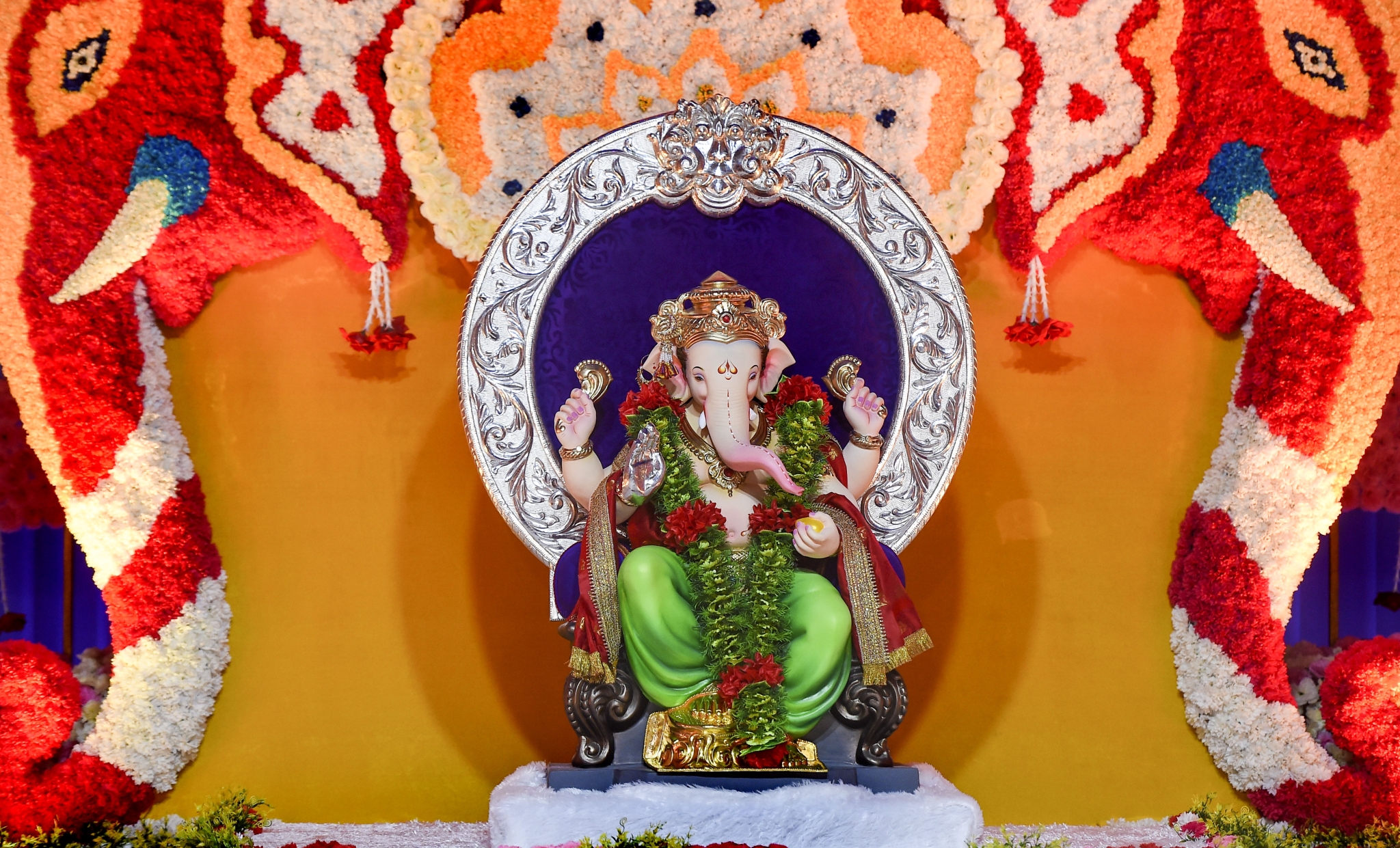 Mumbai: An idol of Lord Ganesh at a pandal ahead of Ganesh Chaturthi festival, at Lalbagh in Mumbai, Thursday, Sept. 9, 2021. | (PTI Photo/Kunal Patil)

A day after the state government prohibited public entry into Ganpati pandals for Ganesh Chaturthi, the city police on Thursday issued a similar order banning ‘Mukhdardhan’ (physical darshan) and entry into the pandals. The festival, which usually has crowds gathering on a massive scale, will witness a limited number of devotees due to the pandemic restrictions. The state and the police are encouraging devotees for virtual darshan.

While prohibiting processions during the 10-day festival, the city police have also banned gathering of more than five people at public places from Ganesh Chaturthi (September 10) till Anant Chaturthi (last day of the festival, September 19).

Those found violating the instructions would be booked under section 188 (disobeying public servant’s order) of the Indian Penal Code along with other relevant sections, cautioned Mumbai police spokesperson DCP S Chaitanya in his Friday’s order.

Last year, too, when the pandemic was at its peak, similar curbs were in place for the festival. Looking at the public sentiments, though, the government has asked the organisers to arrange for an online ‘darshan’.

Mumbai police commissioner Hemant Nagrale in a video message said, “The number of coronavirus cases is steadily rising. Considering public safety, the police and other departments are strictly enforcing the state government’s guidelines. However, five people have been allowed during pujas, while 10 have been permitted for immersion.”

The state government has already limited the height of Ganpati idols. While community mandals have been asked to limit the height to four feet, household idols can’t be more than two feet tall.