In an unusual turn of events, a Narcotics Control Bureau (NCB) vigilance team from New Delhi on Wednesday questioned the agency's Mumbai Zonal Director Sameer Wankhede for nearly four and a half hours at its Bandra camp office, a top official said.

The team leader Gyaneshwar Singh said that they have collected lot of documents and other evidences from him and he has submitted his version in the matter.

"If needed, we shall probe further and ask for more documents in the case," Singh said this evening.

Simultaneously, he said the NCB vigilance team has requested the other two "Panch-Wintesses" "Prabhakar Sail-ji and Kiran Gosavi-ji" to appear before them to record their statements.

"We have tried to serve them the summonses at their known addresses, but we could not do so. We appeal through the media. They should both appear before us in the next two days and record their statement - especially Prabhakar Sail-ji whose affidavit (October 23) has resulted in this enquiry," Singh said.

The NCB team plans to question Sail for his statements claiming Gosavi - currently absconding - was the conduit for an alleged Rs 18 crore extortion bid from Bollywood actor Shah Rukh Khan to get his son Aryan released.

Sail also said that of this amount, Rs 8 crore was allegedly meant to be given to Wankhede, currently in the eye of a huge storm with a series of charges hurled against him.

The NCB probe comes as an offshoot into the NCB's swoop on an alleged rave party aboard a cruise ship on October 2 in which 8 youngsters from the entertainment industry, including Aryan Khan, were nabbed, sparking off a huge controversy.

In a related development, businessman H.B. Bafna has claimed that his photo has been circulated as that of Sam D'Souza, one of the players in the alleged extortion bid, circulated by Sail. 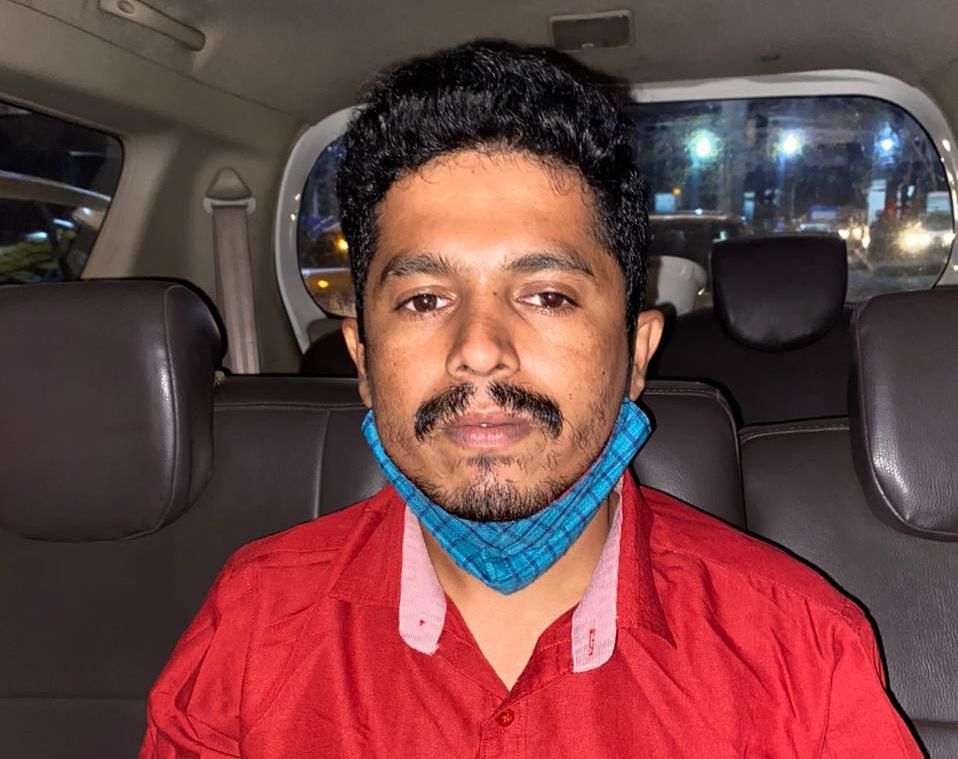 Navi Mumbai: NCB witness from Koparkhairane claims he was made to sign blank papers by Sameer...