According to a report published by Aaj Tak, Sheikh and Ruapli had been married for three years and have a two-year-old son.

A 36-year-old Muslim man killed his estranged Hindu wife for refusing to follow Islamic traditions. The man, identified as Iqbal Mohammad Sheikh, is a taxi driver by profession and has been arrested by the Mumbai police.

The incident took place on Monday in the Tilak Nagar area of Chembur, Mumbai, where Sheikh killed his 23-year-old spouse Rupali for allegedly refusing to wear a burqa and not following Islamic customs.

According to a report published by Aaj Tak, Sheikh and Ruapli had been married for three years and have a two-year-old son. However, both stayed separately for the past few months amid an ongoing domestic scuffle between them.

The brutal incident took place when Sheikh had gone to meet Rupali to convince her to come home but she instead told him about getting a divorce. Sheikh again forced her to follow Islamic rituals and wear a burqa according to the traditions, however, when Rupali again refused and insisted on getting a divorce, Sheikh dragged her to a nearby place, slit her throat with a knife and stabbed her multiple times and fled the spot.

According to reports, locals rushed to help Rupali after hearing her screams and called the police, but it was too late for Rupali as she was declared dead by the time police arrived. Her body has been sent for a post-mortem report.

"At around 10 pm on September 26, a man identified as Iqbal Mohammad Sheikh killed his wife by slitting her throat and injuring her hands with a knife. As per the complainant, the accused and his family members used to pressurise her to follow Islamic traditions and wear clothes that Muslim women wear. However, a family dispute started after the woman refused to do so," Vilas Rathod, Inspector of Tilak Nagar Police Station, said to the media.

According to the police, Sheikh also demanded custody of their son, which Rupali opposed and insisted on getting a divorce. This led to an argument between them which led to the murder.

The man has been arrested by the Tilak Nagar police further investigation is going. An FIR in the matter has been registered following a complaint from the victim's family.

A case under section 302 (murder) of the Indian Penal Code has been registered against the accused. 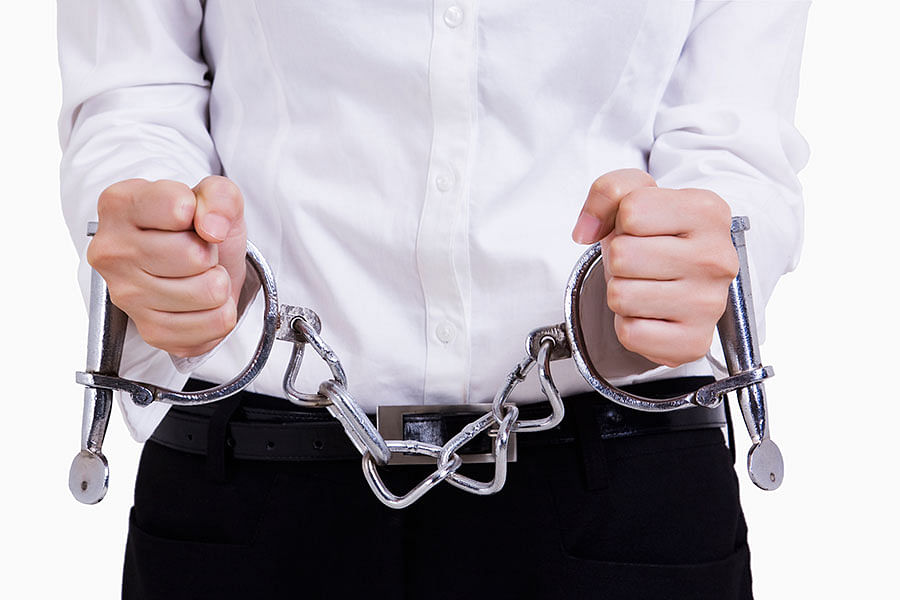