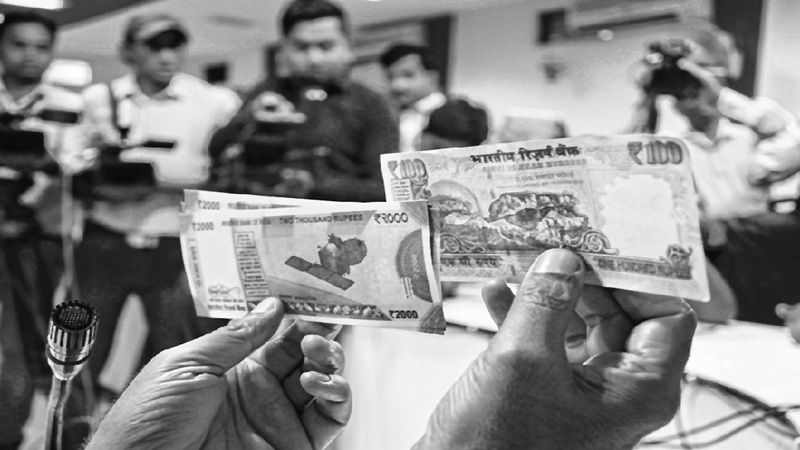 A 32-year-old man was arrested by the Kurla police with counterfeit notes amounting to Rs 2,81,500. The accused was about to distribute the notes in the market, when the police detained him.

Senior Police Inspector Shashank Shelke received information about a person visiting Kurla for a deal on August 28 at 1:30pm. A trap was laid at LBS Road. "As per the information, the police detained a suspicious person. We found 413 fake Rs 500 notes amounting to Rs 2,06,500," said a police officer from Kurla police station.

The accused has been identified as Navid Ahmed Ubed Shaikh, 32. "He revealed that the notes were printed on a xerox printer machine at his residence. Accordingly, a raid was conducted at his residence in Mumbra. The team reached the residence to find 150 Rs 500 notes amounting to Rs 75,000. It also seized the paper, cutter and scale used to make the counterfeit notes," added the police officer.