A recent study conducted by the World Resources Institute (WRI) India, reveals that most homes in municipal wards that house low-income groups do not have household toilets and are mainly dependent on community toilets and/or public toilets.

The findings were presented on Thursday, at a stakeholders’ consultation webinar on ‘Urban Flooding and Water Resource Management’ for the Mumbai Climate Action Plan (MCAP) that has been recently launched by the Brihanmumbai Municipal Corporation (BMC).

The report states that only 35-50 per cent of the total population living in densely populated wards like M/East (Govandi, Mankhurd), M/West (Chembur, Tilak Nagar), L ward (Kurla, Asalpha), S ward (Bhandup, Kanjurmarg) and P/North (Malad) have access to household toilets. According to the BMC data, all these wards have a large number of people living in slum areas.

Prutha Vaze from the WRI said that most of the residents in these wards use shared toilets and latrines for their daily needs.

Amita Bhide, Dean, School of Habitat Studies – Tata Institute of Social Sciences (TISS) and one of the panellists said that she had written to the BMC as far back in 2018 to set up 300 household toilets in the slum areas of M/East ward; however, the BMC is yet to act upon it.

“Many of these wards don’t have proper sewer connection and the authorities are also apprehensive about having to up septic tanks and new sewer lines because of the high population density living here,” Bhide said.

Read Also
Mumbai: Cambridge International Board course to be introduced in some BMC schools The report stated that 41 per cent of Mumbai’s population lives in slums and this group of residents are most vulnerable during flooding. It also said that residents living in Mankhurd and Govandi don’t have flood shelters within one kilometre of their residences.

Nikhil Anand, a professor from the University of Pennsylvania who has been studying the water supply network and flood pattern of the city, and a panellist, said that more than 1,000 MLD of water is wasted daily due to leakages in the water supply pipes.

“The heavy flooding in Mumbai is the result of relentless reclamation that has been carried out for more than 300 years now. The authorities need to make a holistic approach towards developing the sewerage system and water supply chain,” said Anand. 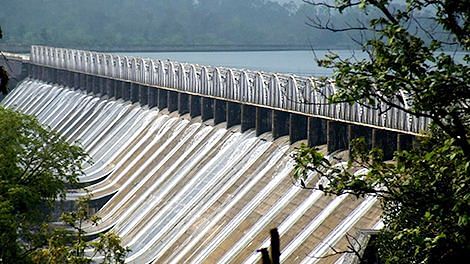