Percy Wadia, a staff member of the library told the Free Press Journal that they have around 3, 000 members as the regular visitors to the library before the Metro work began.
Sweety Adimulam 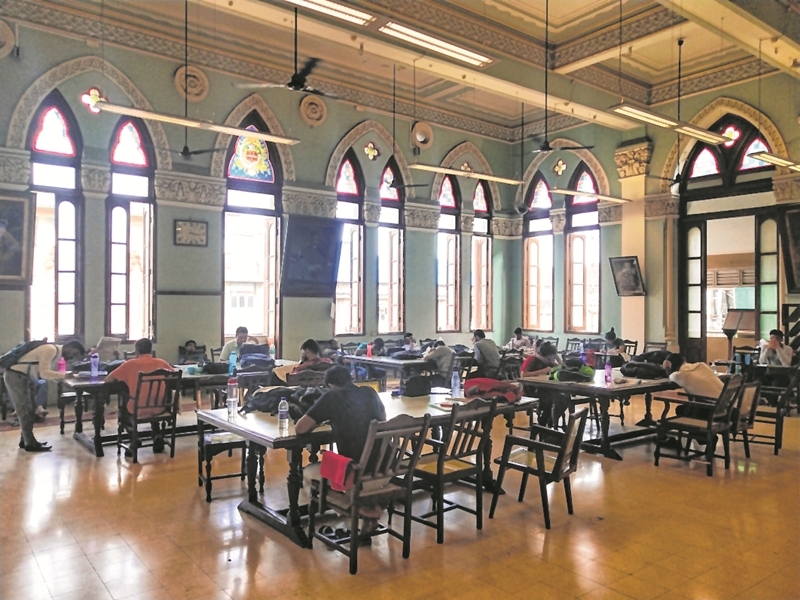 Percy Wadia, a staff member of the library told the Free Press Journal that they have around 3, 000 members as the regular visitors to the library before the Metro work began.

Nowadays, only students from nearby colleges visit the library and use the reading room.

“Ever since the Metro authorities barricaded the area, especially near the library’s entrance, a lot of senior citizens, the members of this library, have stopped coming.

They are inconvenienced. We are witnessing a 50 per cent drop in footfall. Although the Metro officials assured of removing the barricades six months ago, nothing has been done so far,” Wadia remarked.

Interestingly, to preserve the ancient Neo-Gothic structure, JN Petit has received Asia-Pacific award from the UNESCO in 2015. The library

has about 90,000 books, including the ones of an era around 1660AD. Moreover, old scripts of the Zoroastrian community are also there. Several religious books in Sanskrit, Persian and Gujarati are available.

Besides, as the library has several old study material, a lot of researchers from India and abroad visit this place. However, due to the ongoing Metro work and constant noise due to drilling and tunnelling, the readers show little interest, another staff member of the library asserted.

Though the library has a huge reading room decorated with stained glass windows and portraits of the Petit family, giving a perfect atmosphere of reading, people have stopped coming due to the noise. “We have readers, who used to come early at 7 am.

Now, we don’t see them coming here regularly. Instead, they insist on collecting the issued library books from their homes. We have no option, but to send our staff to collect the books,” he added.

All attempts to contact the officials of the Mumbai Metro Rail Corporation (MMRCL), undertaking the Metro-3, proved futile.