Mumbai: Kisan-Mazdoor Mahapanchayat to be held at Azad Maidan on November 28; here's all you need to know 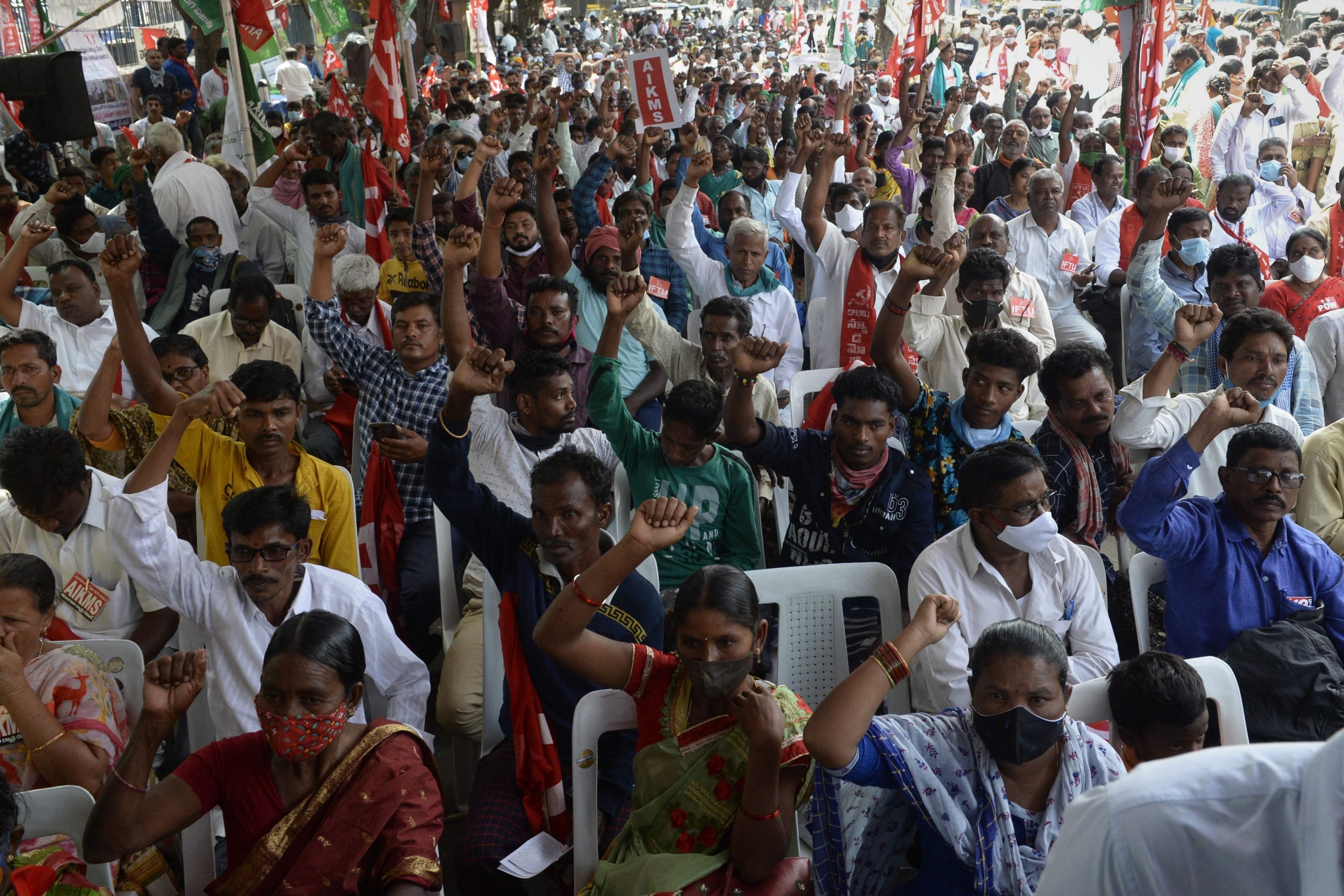 Mumbai: Kisan-Mazdoor Mahapanchayat to be held at Azad Maidan on November 28; here's all you need to know | AFP Photo

The Samyukta Kisan Morcha (SKM), an umbrella body of farmer unions, in an official statement on Thursday said a massive Kisan-Mazdoor Mahapanchayat is scheduled to be held in Mumbai's Azad Maidan on November 28.

The Mahapanchayat will be organized under the joint banner of Samyukta Shetkari Kamgaar Morcha (SSKM) comprising over 100 organizations, and will see participation of farmers, workers, common citizens from across Maharashtra, the SKM said in the release.

Meanwhile, the farmers' agitation will continue till their demands, including a legal guarantee for MSP, are fulfilled and also until the Centre holds parleys with them, Bharatiya Kisan Union (BKU) leader Rakesh Tikait said on Thursday.

BKU national spokesperson said they (BJP government) announced repealing of the three farm laws, but it will not solve the issues. There are several issues of farmers that need to be resolved.

"The farmers' protest will continue till the central government resumes talks on their demands, including Minimum Support Price (MSP) guarantee law," Tikait said.

He added that 60 tractors will head to the Parliament on November 29 as a part of the tractor march to press for a statutory guarantee of minimum support price (MSP) for crops among other things. Delhi CP says law and order will not be allowed to be disturbed as 60 tractors to march to...