The banker told the court that he already spent four years and three months in jail as an undertrial, which is more than half of the seven-year sentence.

Mumbai: Former branch manager of Punjab National Bank's (PNB) Brady House branch Gokulnath Shetty on Thursday once again secured bail in a money laundering case concerning the bank. In this case fugitive diamantaire Nirav Modi is the prime accused. He will, however, continue to remain in custody in other cases.

Only last week he had secured bail in a money laundering case concerning the bank in which Nirav Modi's uncle Mehul Choksi is the prime accused. The present one was Shetty's second bail application before the court, the first one was rejected in January last year. He had been arrested by the Enforcement Directorate (ED) in April 2018 and had since been in custody.

He claimed to alreay spent more than half period of sentence

Seeking bail through his advocate Sandeep Karnik, the 65-year retired former banker had told the court that he already spent four years and three months in jail as an undertrial, which is more than half of the seven-year sentence he would serve if convicted for the money laundering offences he is charged with. His plea said that as per the criminal procedure code since he has spent more than 50 percent of the sentence time in prison, he is entitled for release on bail.

Shetty has been accused of conspiring with Nirav Modi and fraudulently issuing Letters of Undertaking (LoU) to three of the latter’s firms without any collateral security, thereby causing huge losses to the bank. It is also alleged that required entries were not made in the bank's systems and that Shetty had received kickbacks for enabling the fraud in this manner. 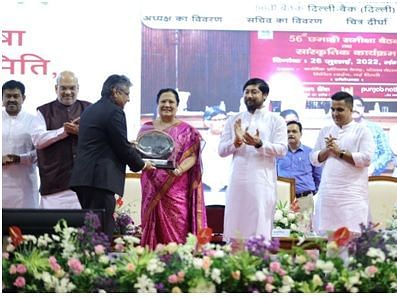