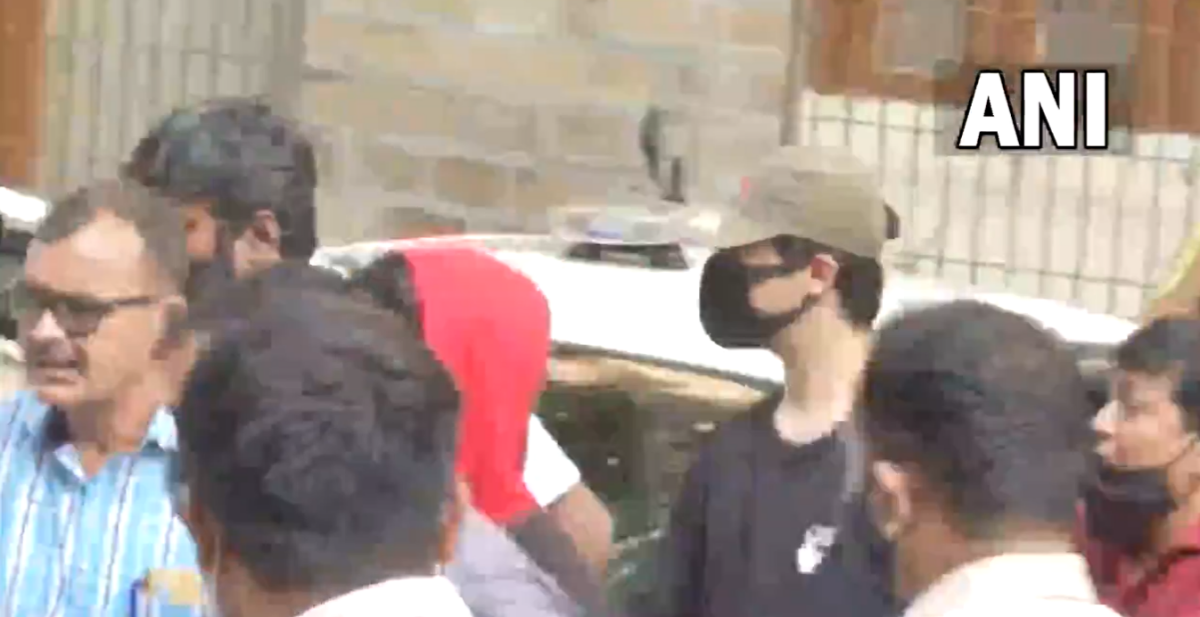 The Narcotics Control Bureau on Sunday took three of the eight detained for medical test a day after they were arrested in connection with the raid at a party at a cruise off the Mumbai coast.

Bollywood actor Shah Rukh Khan's 23-year-old son Aryan Khan was among those arrested on Sunday following a raid at a party on a cruise ship off the coast of Mumbai last night by the NCB. He was one among eight people questioned after the raids.

Regarding the action taken at the rave party, Pradhan told ANI, "The proceedings were already taking place. We are constantly gathering intelligence. We took action once the inputs that we received were confirmed." "Action was taken only after the input was confirmed. When we received input that drugs are being carried and are going to be used, then we conducted raids," he added.

#WATCH | Mumbai: Three of the eight detained persons, in connection with the raid at a party at a cruise off the Mumbai coast, were being taken for the medical test by NCB pic.twitter.com/JVAYF6fMb5

To avoid detection, the NCB sleuths booked themselves on that cruise as ordinary passengers and they soon found some of their co-passengers consuming drugs. Then the NCB launched its full-scale raid, detained eight passengers, including two women, consuming drugs, and seized different types of narcotics in varying quantities.