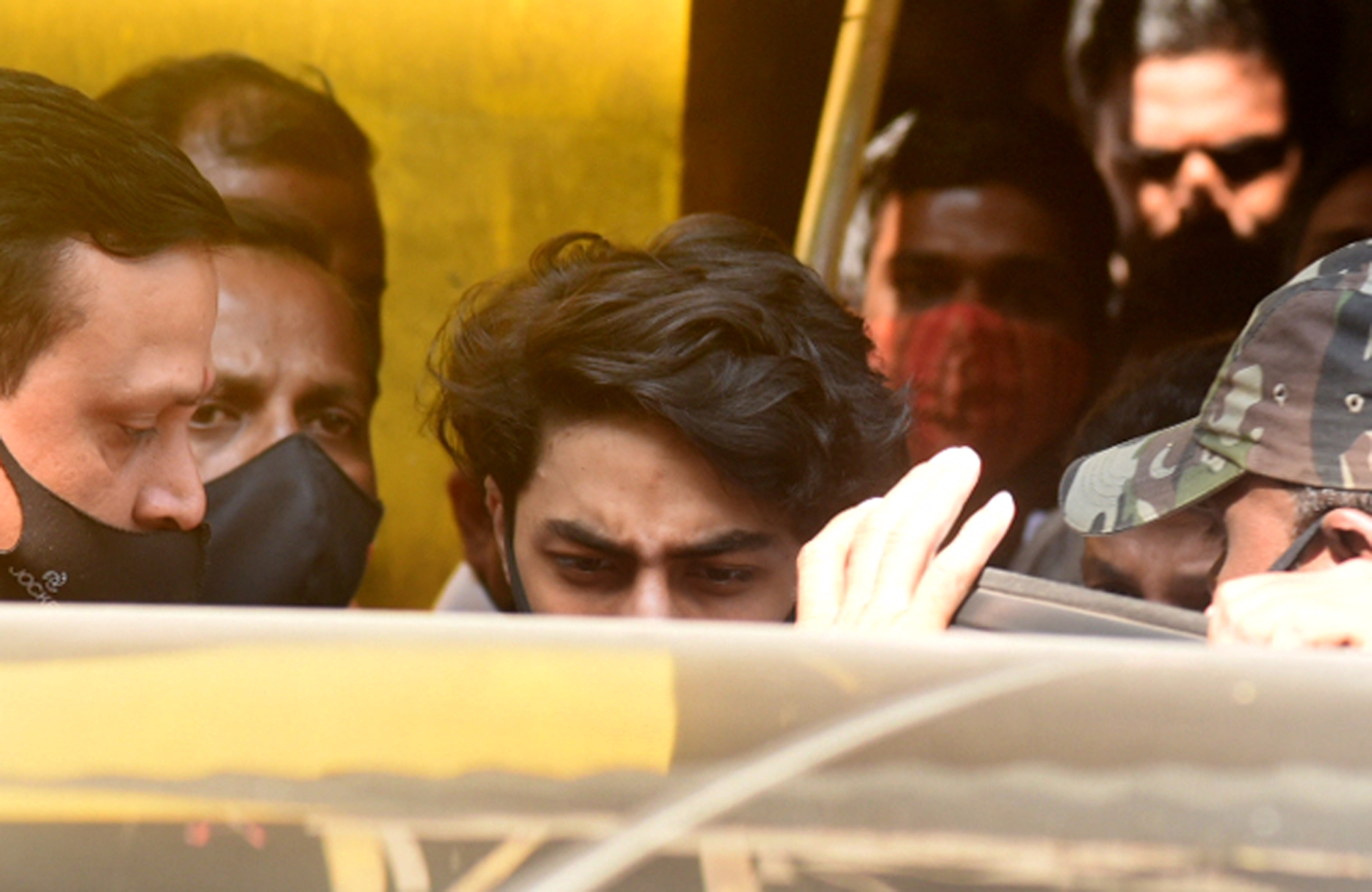 Prince’ Aryan Khan seems to have achieved ‘stardom’ by default. Having lived a sheltered life in his father’s shadow all these years, he ambled out of the Arthur Road prison on Saturday, after spending 22 restless days in the central Mumbai facility, to a fawning welcome. That he was arrested during a drug raid on a cruise ship seemed to matter little to the TRP-famished television channels and the voracious paparazzi.

Hounded by the TV crew, keen to devour every sound-bite, and legion of SRK ‘fans,’ who had appeared out of the blue, it took the ‘Mannat Prince of Wales’ almost 40 minutes to reach home in suburban Bandra. Half an hour before Aryan’s release, his father's bodyguard was dutifully stationed near a white Range Rover car parked outside the prison’s gate. Later, the Range Rover became part of a convoy that would put any small-time ‘neta’ to shame.

The 23-year-old, arrested on October 3 by the Narcotics Control Bureau (NCB), was released at 11 am; he reached his residence shortly after 11:30 pm. Outside Mannat, fans thronged the approach road and the additional police posse and SRK’s private security had to clear the area for Aryan's car to plough through. However, the crowd was in for a disappointment as they couldn’t get a glimpse of the star kid. SRK was expected to make a dramatic appearance in the balcony and greet the onlookers but that was not to be. Rather, they had to be content with the dhol-baaja acoustics.

An insider told a news portal that SRK was likely to visit the Sidhivinayak temple for thanksgiving.

Sources in the prison department said they had received 11 order copies of undertrial inmates, who were released along with Aryan. Also, three convicts were released at the same time.

Superintendent of Arthur road jail N B Vayachal confirmed the release, which was as per procedure after receiving the bail order in the bail box.
Officials at the prison said that Aryan would remember his time in the jail as he was not given any VIP treatment. “He will sleep well at home on the bed, as he had slept on a mat in his barrack,” said an official.

There was less crowd outside Arthur Road jail on Saturday, as against that on Friday. A strict bandobast was in place for the safe release of the inmates. The prison staff was given strict instructions to avoid shaking hands and taking a selfie with the junior Khan.

There was buzz about SRK coming to receive his son, which proved to be a hoax. 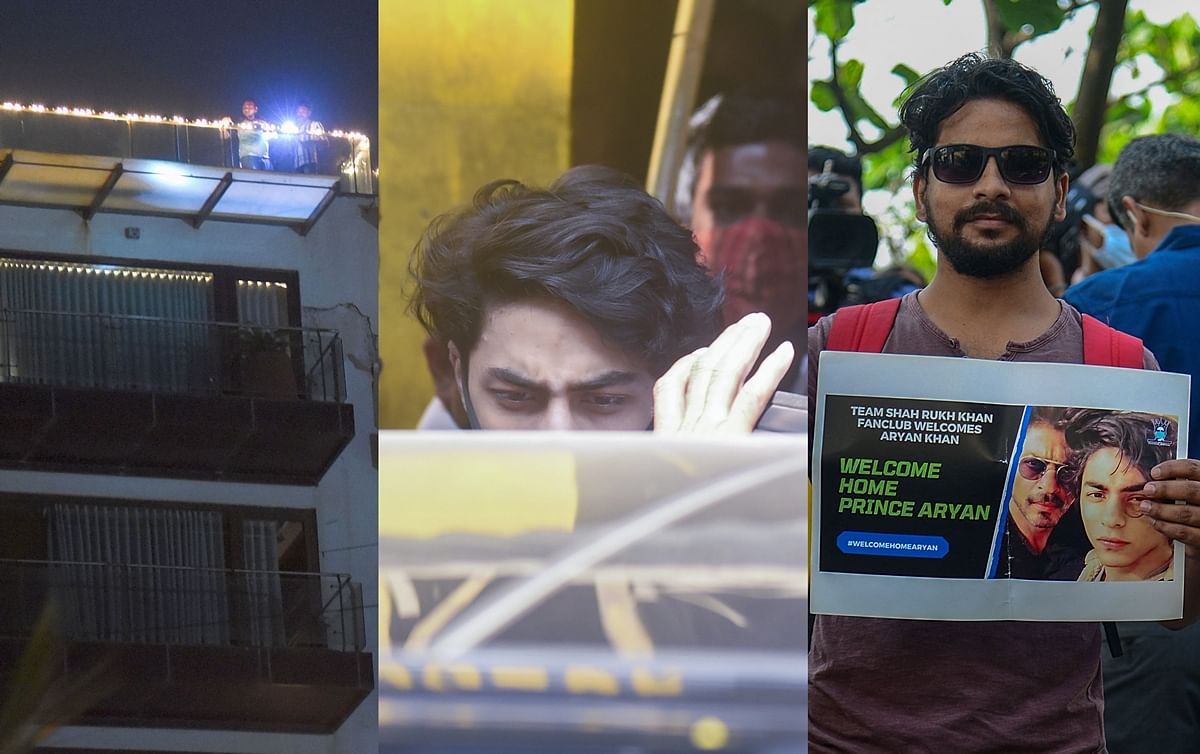