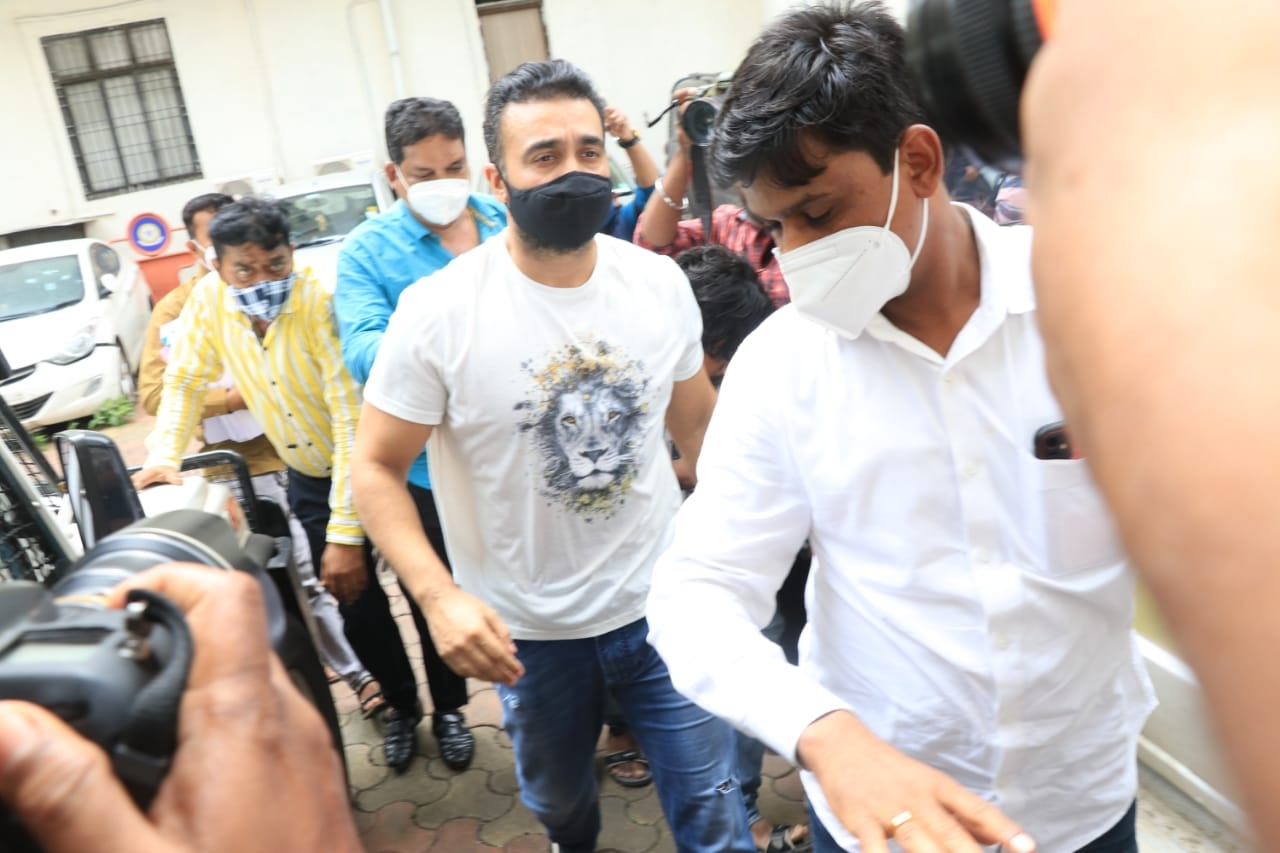 Mumbai: Celebrity businessman Raj Kundra arrested in connection with the alleged pornographic video case was sent to judicial custody by a chief metropolitan magistrate court in Mumbai on Tuesday.

Mumbai crime branch officials produced Kundra before the court on Tuesday to seek his further custody. The police in its remand application claimed that several crucial documents and electronic evidence have been seized from Kundra's house and that they have also appointed a forensic auditor to help them in the investigations. Police claimed that they are in the process of retrieving data and added when the app hotshots were available on Apple it received ₹1.13 crore.

The police demanded seven days of further police custody, however, the court denied their request and sent him to judicial custody. Kundra's advocate said that they will move his bail application.

Kundra was arrested on July 19 after the Property Cell conducted a raid at his office and reportedly found documentary and technical evidence linking Kundra. He along with his company's IT head was also arrested.

The Mumbai police have claimed that Kundra's company Viaan Industries have a tie-up with the UK based Kenrin Pvt which runs an application named Hotshots. The adult content produced by Kundra's former PA Umesh Kamat was allegedly sent to the UK from where it was uploaded on the application and was available to its subscribers.

Last year both Google and Apple removed the app from their platforms for violation of terms.

In February the Mumbai police raided a bungalow in Madh Malvani where the shooting of a pornographic film was underway, soon after the raid police arrested actor and model Gehana Vasisth and Kamat for allegedly producing the adult films.

During the investigation, it was revealed that aspiring actors have been lured to perform bold scenes on the pretext of offering them roles in web series and short films. However, after signing contracts they were allegedly made to perform nude and semi-nude scenes.

During the investigation it was revealed that all the apps related work was handled from Kundra's office in Andheri and Kundra was also active in the apps day to day activities.

On Friday the police also recorded the statement of Kundra's wife Shilpa Shetty who was one of the directors of Viaan industries. In her statement to the police, Shetty denied any knowledge of it.