The police immediately froze the accounts and have been able to retrieve Rs 27.7 lakhs.

In another bank transfer fraud case using the DP (Display Picture) of someone else, the chief financial officer of an Andheri-based pharmaceutical company was duped of Rs 37.5 lakh by a person who claimed to be the company's director and asked him to transfer money on Tuesday. The police immediately froze the accounts and have been able to retrieve Rs 27.7 lakhs.

According to the police, the chief financial officer of the pharma company received a text message from the company director's DP which made the officer think that it is legitimate, after which he transferred the money.

Around 2 pm on Tuesday, the financial officer, Vinayak Shirodkar, received a text message on his WhatsApp number which read - "it's me Rajendra Agarwal. It's a very personal number. Please don't share with anyone, I am in a meeting so please don't call me, after my meeting, I will call you".

According to the complaint, an employee of the company, Somnath Chandan, said that the DP of the WhatsApp number showed Agarwal which made Shirodkar believe the message. After which he made the first transaction of Rs 9.6 lakh. Later, three more transactions for Rs 8.9 lakh, Rs 9.8 lakh, and Rs 9.14 lakh were done.

After growing suspicious of the multiple bank account transfers, Agarwal called up Shirodkar and realised that he had never asked to transfer any money, added the police.

After the police were informed about the incident, they contacted the bank and froze the multiple accounts that the fraudster had created to transfer the funds.

“We have recovered a major chunk of the amount and we are currently tracking down the accused," said a police official. 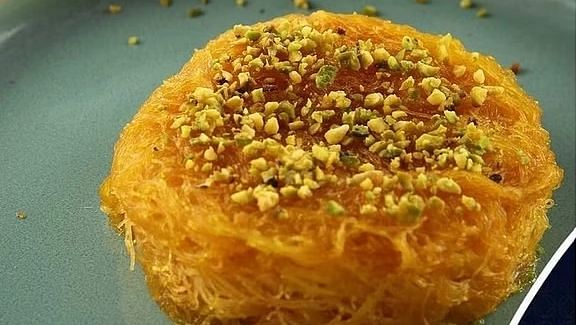