The bridge was constructed in 1868-69, providing access to the dockside. It was declared unsafe in 2014, but since the construction of the 150 years old Hancock bridge, located between Sandhurst road and Byculla was in pipeline, the BMC had to put the plans on hold.

After a long wait of eight years, the Carnac Bunder bridge's construction will start in the next two months. The length of the new bridge will be 70 metres and the width 26.5 metres, while the estimated cost is around Rs. 53.08 crores. To ease the traffic congestion in South Mumbai, the BMC has set a deadline to complete the 154-year-old bridge by June 2024.

The British-era bridge runs over the railway tracks between Chhatrapati Shivaji Maharaj Terminus (CSMT) and Masjid Bunder railway station. It was closed for heavy vehicles in 2014, but the construction was delayed since the other important Hancock bridge was still under construction. Both bridges provide east-west connectivity in South Mumbai. Finally, the two lanes of Hancock bridge were opened on August 2, clearing the way for the Carnac Bunder bridge.

Accordingly, after obtaining a no objection certificate from traffic police, the bridge was closed for vehicular movement from August 22. "The BMC has relocated the civic amenities next to the bridge and has evicted more than 500 hawkers from Yusuf Meher Ali road, Mohammed Ali road and Sardar Vallabhbhai Patel (SVP) Road, on which the vehicles will be diverted," said the civic sources.

"The length of the bridge over the railway portion will be 70 metres while the west side approach will be 122.75 metres and the east side approach road will be 167 metres. The four-lane bridge will have a width of 26.5 metres. The contract has been awarded to M/s A. B. Infrabuild Ltd. and the contract cost is around Rs. 53.08 crores. The expected time to complete the bridge is 19 months, inclusive of the monsoon. The railways are expected to complete the demolition work of the bridge by November 22," said the civic official from the bridge department.

Ulhas Mahale, deputy municipal commissioner (infrastructure) said, "We expect that the railways will complete the demolition of the bridge in three months. The contractor has been finalised and the financial provisions are made."

The bridge was constructed in 1868-69, providing access to the dockside. It was declared unsafe in 2014, but since the construction of the 150 years old Hancock bridge, located between Sandhurst road and Byculla was in pipeline, the BMC had to put the plans on hold.

"The reconstruction of the Hancock bridge was expected to be completed before the pandemic. It was delayed due to the hurdle of residential buildings on either side of the road," said the civic sources.

Read Also
Mumbai: Traffic congestion on Western and Eastern Express Highway amid backlogs and breakdown of... 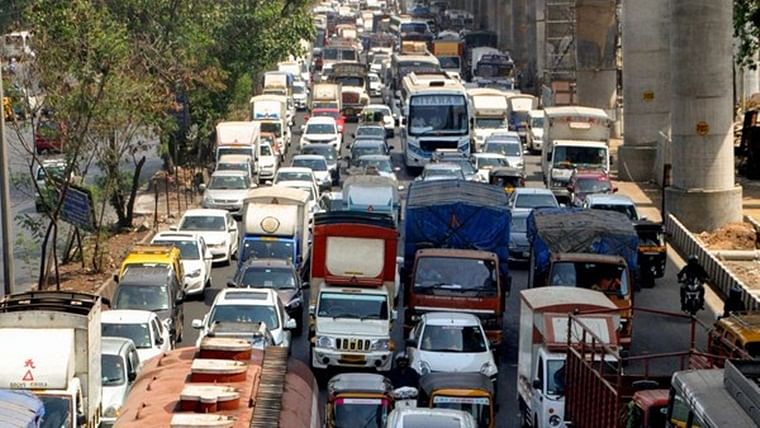