As per central government guidelines, the BMC has also implemented the campaign and has received around 5 lakh flags from the manufacturer which are being distributed in various wards.

The Brihanmumbai Municipal Corporation (BMC) has started distributing around 5 lakh Indian flags in various wards of Mumbai under 'Har Ghar Tiranga' campaign. On the occasion of 75th Independence Day, the Central Government has decided to celebrate 'Har Ghar Tiranga' campaign. As per central government guidelines, the BMC has also implemented the campaign and has received around 5 lakh flags from the manufacturer which are being distributed in various wards.

Milin Sawant, Joint Commissioner, General Administration Department, said " The campaign will be celebrated from August 13 to August 15. Our plan is to distribute flags in every house in Mumbai. We have procured flags from the central government-suggested contractors. flags will be made of cloth and it would be of 20 X 30 Inch."

"We are also spreading awareness among people through banners, posters, rallies and meetings" he added.

Another BMC officer said, "We have erected 600 hoardings throughout Mumbai. The hoardings are in Marathi, Hindi and in English languages. We have engaged our conservation workers, health workers, Asha workers, employees of water supply department to provide flags in every house" he added.

BMC has also erected banners near gardens, cinema halls, bus stops, hospitals and shopping malls. The civic body has also made audio clips which are being played in malls and gardens. It will also play audio clips on F.M. radio and Local cable channels while ab information scroll will also be shown on cable TV. 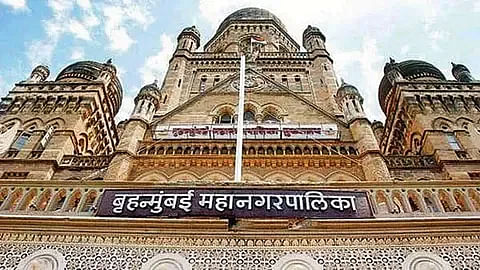