The civic body will spend Rs 9.22 crore on the project; will table the proposal for approval at today’s standing committee meeting
Kalpesh Mhamunkar 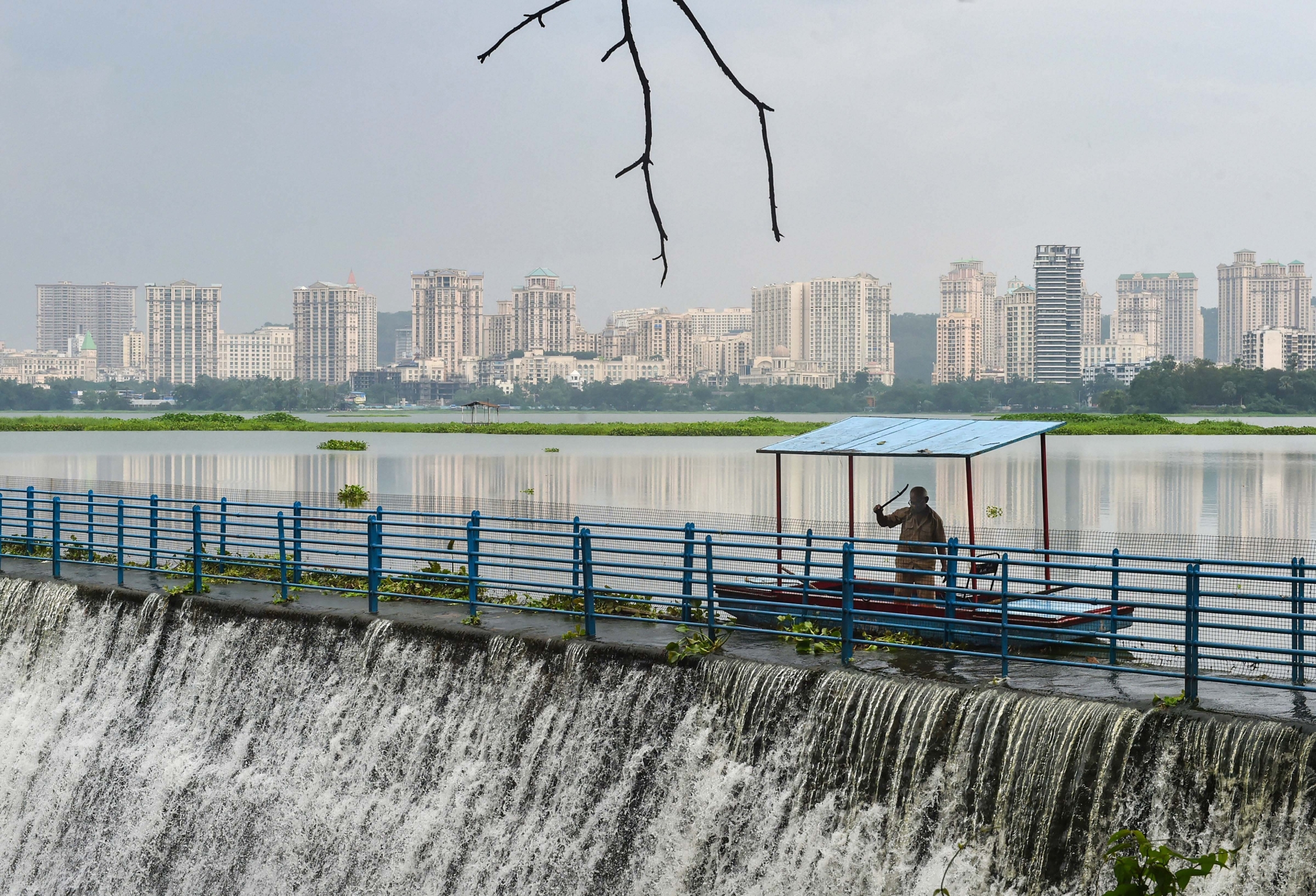 The Powai lake may just be days away from better water quality, as the BMC has decided to clean it up by removing its hyacinth growth and garbage. The civic body will spend Rs 9.22 crore on the project, which will be proposed for the approval by the standing committee at its meeting today. Recently, the BMC was under fire from the residents and activists over its proposed cycle track at the lake.

The BMC is the agency that maintains lakes that provide water to the city. Though Powai does not provide potable water, it is a favourite spot for locals and tourists. Despite a beautification project, the lake is losing its glory due to hyacinth growth and sewage water.

As per experts, the lake is covered 25 per cent with hyacinth, which needs to be brought down to 10 per cent. Activists and residents have often complained about garbage and plastic bottles floating on its surface. Hyacinth, for one, is a harmful species of flora that forms dense layers on ponds and lakes, depleting the water body’s oxygen level. This further restricts sunlight from entering the water which is required by aquatic animals.

Environmentalist Stalin Dayanand said, “The purpose will not be served until the BMC stops sewage water from entering the lake. We will oppose the said proposal.” He added that more than nine nullahs carry sewage water into the lake, which further leads to growth of hyacinth. “I would say it is good business to clean the lake every six months,” he said.

In August, the BMC had floated tenders for the clean-up project and the cost was fixed at Rs 16.4 crore. Thereafter, six companies had shown interest in the tender. Among them M/s Bitcon India Infrastructure Developers Private Ltd has won the bid and is ready to work for less than 50 per cent of the estimated cost. After adding other taxes, the cost of the total clean-up would be Rs 9.22 crore.

M/s Bitcon India Infrastructure Developers Private Ltd is a 50-year-old company with prior experience. Its contract would be for six months.