Mumbai: BMC chalks out ways to put roof over PAPs 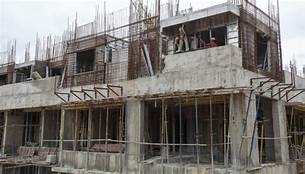 In a move to rehabilitate project affected persons (PAP)s, the BMC plans to construct more than 3,000 structures on its own land at different places across the city. The BMC has sought suggestions from residents, landowners, stakeholders and developers for ways to speed up the process.

Civic chief Iqbal Singh Chahal, in a statement on Tuesday, said that only three-fourth of the total plots owned by the BMC are available to construct buildings for PAPs. He also said that most of these places are in M/East ward (Govandi, Mankhurd) and M/West ward (Chembur). Due to the distance, most PAPs are refusing to move.

He also said that tenders to construct 700 structures in Worli and 1,000 in Bhandup and Dahisar, respectively have been initiated by the BMC.

“As very few PAP structures are available, BMC has decided to invite private landowners and developers under a private-public partnership to construct buildings for PAPs,” Chahal said.

He added back in 2019, two tenders were floated by the BMC to construct tenements which faced poor response. Following which, in 2020, the BMC invited fresh tenders for all seven zones in lieu with the tendering procedure, followed by the MMRDA, after which the BMC received a good response.

“However, the bidders have demanded exorbitant rates in addition to transferable land development (TDR) and construction TDR,” he added.

Following which, a confirmation was sought from the state Urban Development Department which accepted the bid for Zone 5 (Ghatkopar, Mankhurd, Shivaji Nagar and Govandi).

“The BMC accepted the bid to construct 4,000 tenements and tenders are being floated. Though we have invited tenders for 24,000 tenements, we could only process it for 4,000,” Chahal said.

In order to fast-track the entire process, the BMC has sought suggestions from the public. Stakeholders can mail their suggestion to MCGM at improvement@yahoo.com. The civic chief also maintained that so far the BMC has been able to construct tenements for 36,229 PAPs.