The city's auto-rickshaw union is planning to meet state transport authorities as it has alleged that the authorised meter repair shops are demanding almost twice the stipulated charge of updating meters, after fare revision. 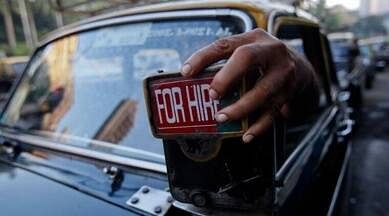 Speaking about the issue, union leader Thampy Kurian said, “We are planning to meet state authorities in this regard very soon. We have inquired with several IT experts, they told us that revised fare software costs hardly Rs 50. But the meter repairs are demanding around Rs 300.” He demanded that the state transport department should take the matter in its hand and get the software developed by a government-run technical institute. “If this software will be developed by IIT Bombay or Veermata Jijabai Technological Institute then it will be of great help to rickshaw and taxi drivers of the city,” Kurian added.

The Mumbai traffic police on Monday issued a notification warning strict action against auto-rickshaw and taxi drivers who will refuse short-distance fares. The promulgation was issued under the Motor Vehicles Act section 178 (3). They also announced that the authorities will soon be organising a meeting to sensitise the drivers on how to behave better with citizens.